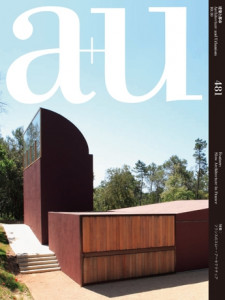 In response to the two diagonal areas adjoining the building, the auditorium pivots by 15 degrees, rises up and opens simultaneously on to the two public areas without installing a hierarchy. This rotation also resoIves the problem of the town hall, the facade of which is not exactly in Iine with the plot - a lateral projection out of the main volume makes up for the difference, firmly positioned opposite the entrance to the monumental 1935 town hall. The volumes of the staircase, the entrance hall and the rehearsal area, which wrap around the auditorium, are oversized so that they are not crushed by the mass of the stage and backstage area. The result is, on the outside, an ensemble with perfect proportions and, on the inside, staggering empty spaces that can be freely restructured or even sculpted. In response to the fist-shaped mass that asserts its rule over the shapes present on the site, there is, as soon as the threshold has been crossed, a chain of sequences declining the figures of tightening and stretching.