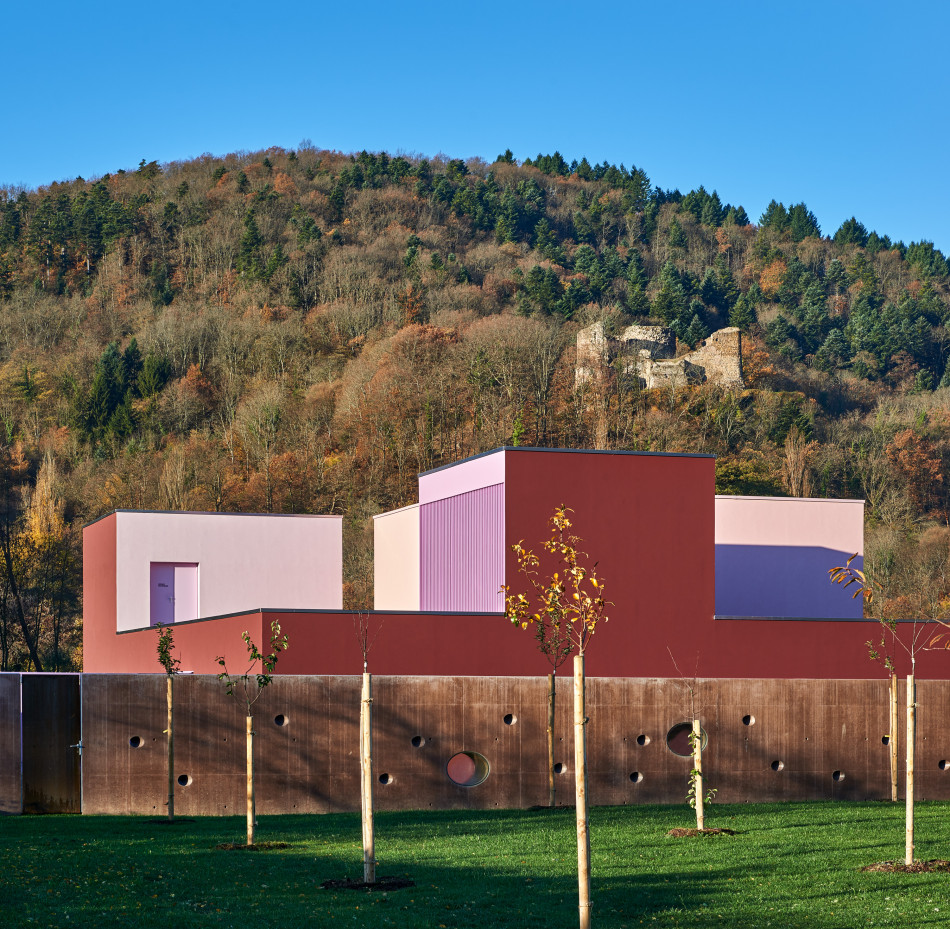 The building marks the entrance to a small village nestling in a valley in Alsace. A thirteenth-century castle dominates the site from the nearby hillside. The day nursery echoes the orthonormal geometry of the fortified castle. A perimeter wall with openings like on a castle wall protects the children’s playgrounds. This spatial arrangement offers views of the rounded outlines of the Vosges mountains.

The principle of the strictly rectangular plan is an arrangement of successive crowns containing the elements of the project. These layers give depth to the project overall. The heart of the building is formed by a central space which emerges at double the height and plays with natural light like a kaleidoscope. This almost cubic volume condenses a host of faces ranging in colour from pink to red. The matte and shiny colours resonate, shaping the space to make it richer and more subtle.

The multiple transparencies installed between the different layers give an indication of the depth of the building. There is abundant natural light throughout, captured by skylights emerging from the overall volume. The building appears in the landscape like a fragmented monolith where the play of solids and hollows is reminiscent of something like a Lego model of a castle. The building is surrounded by sixty-eight apple trees which hark back to the local agricultural landscape. 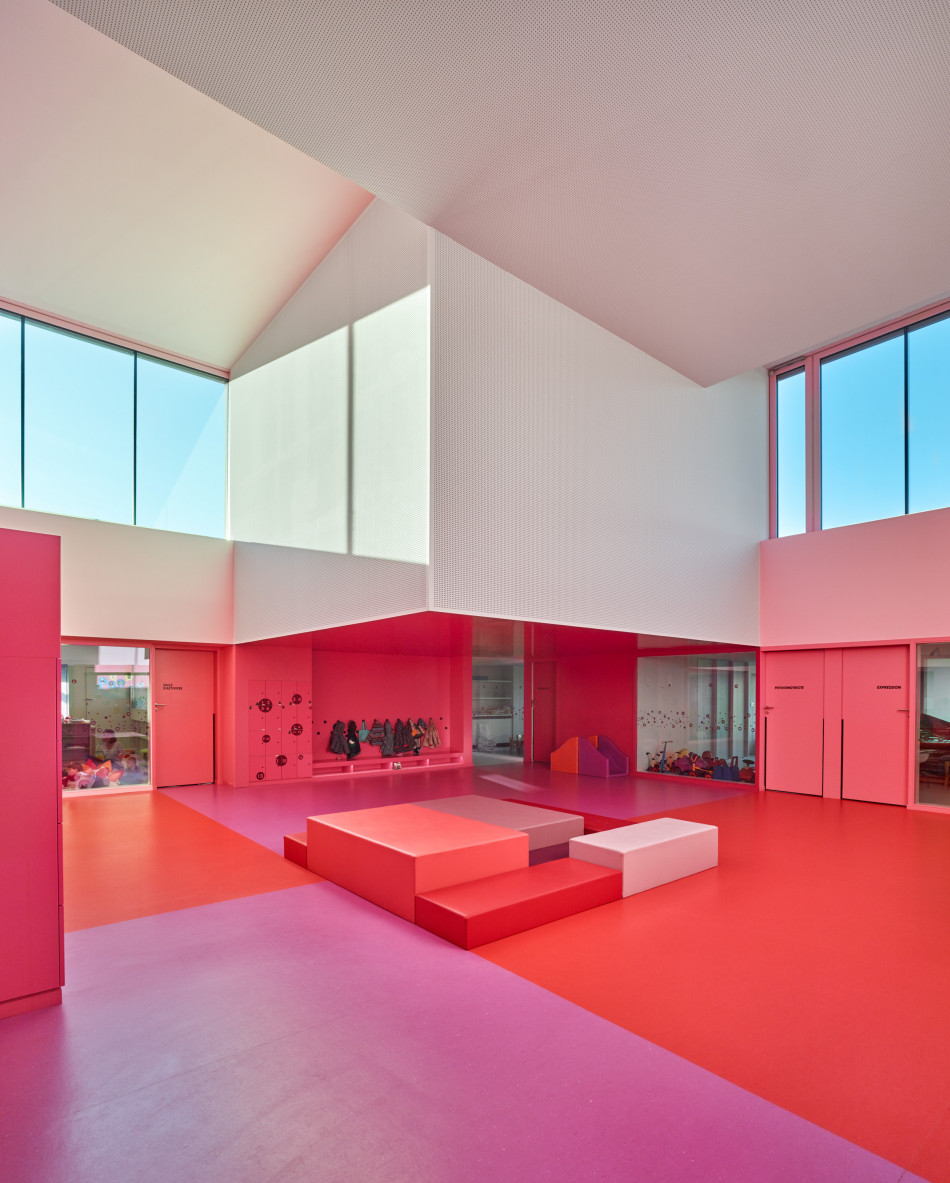 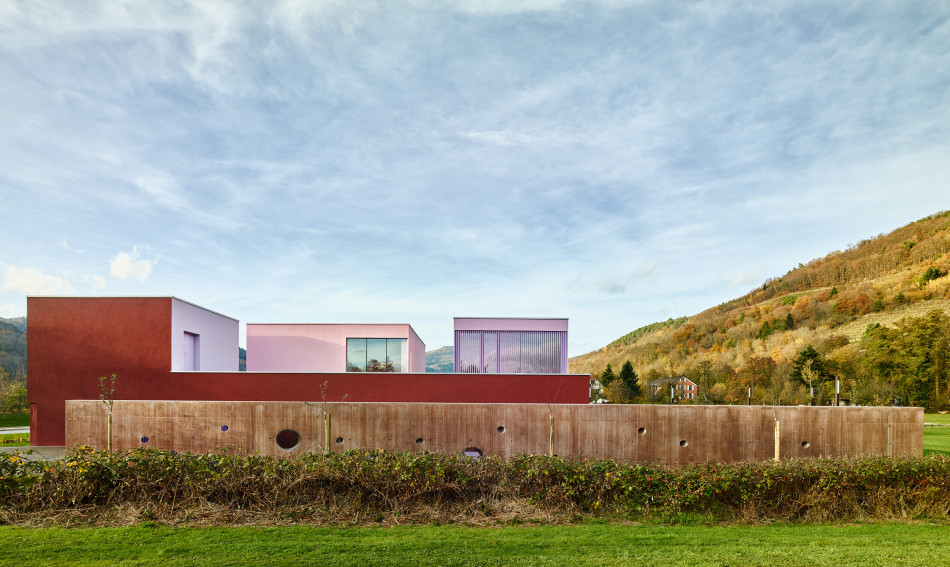 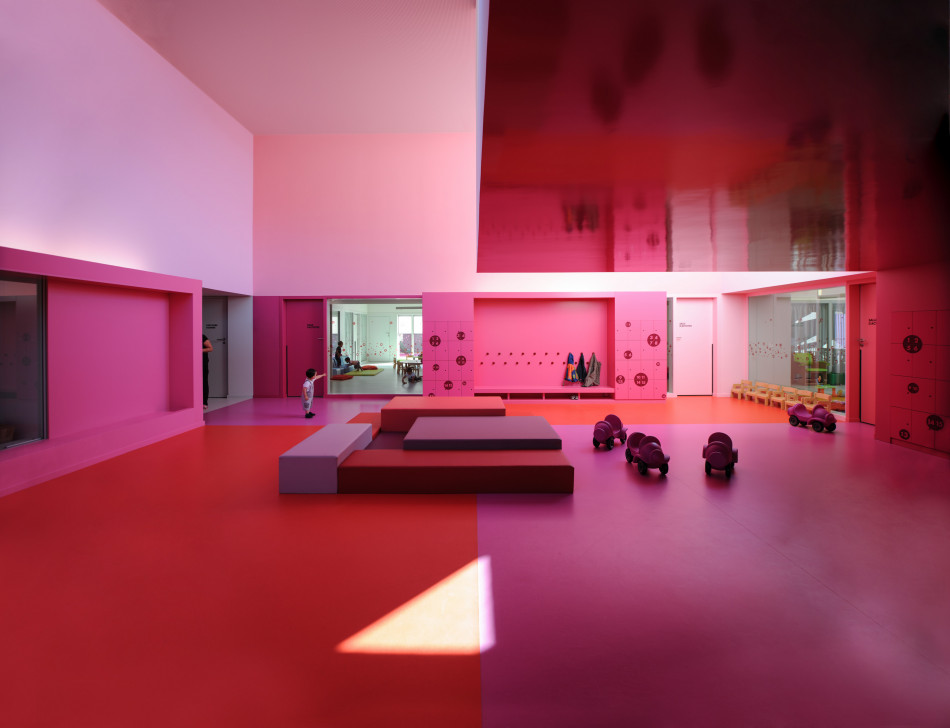 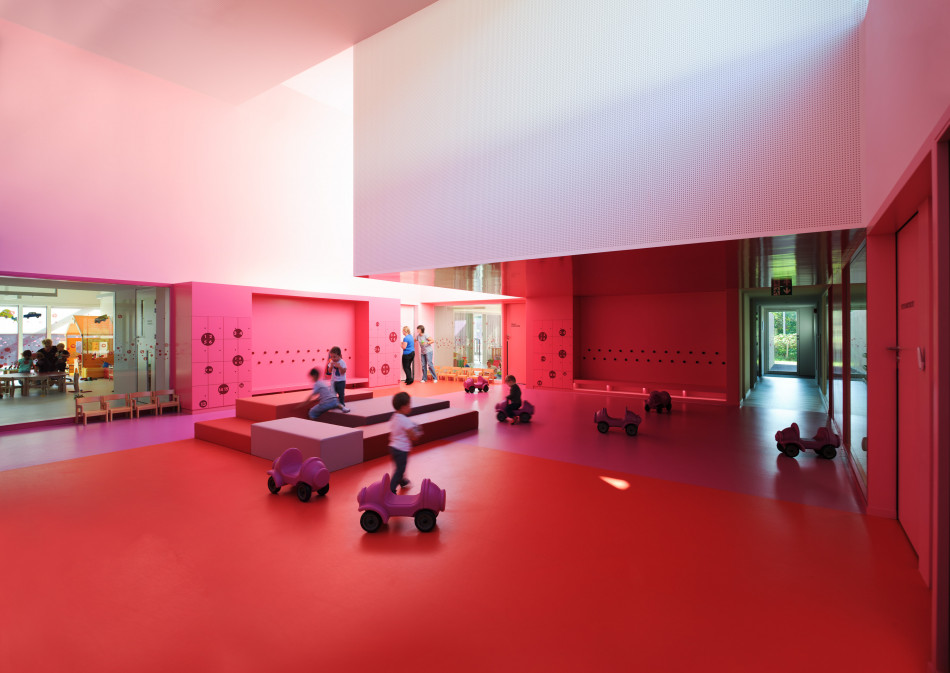 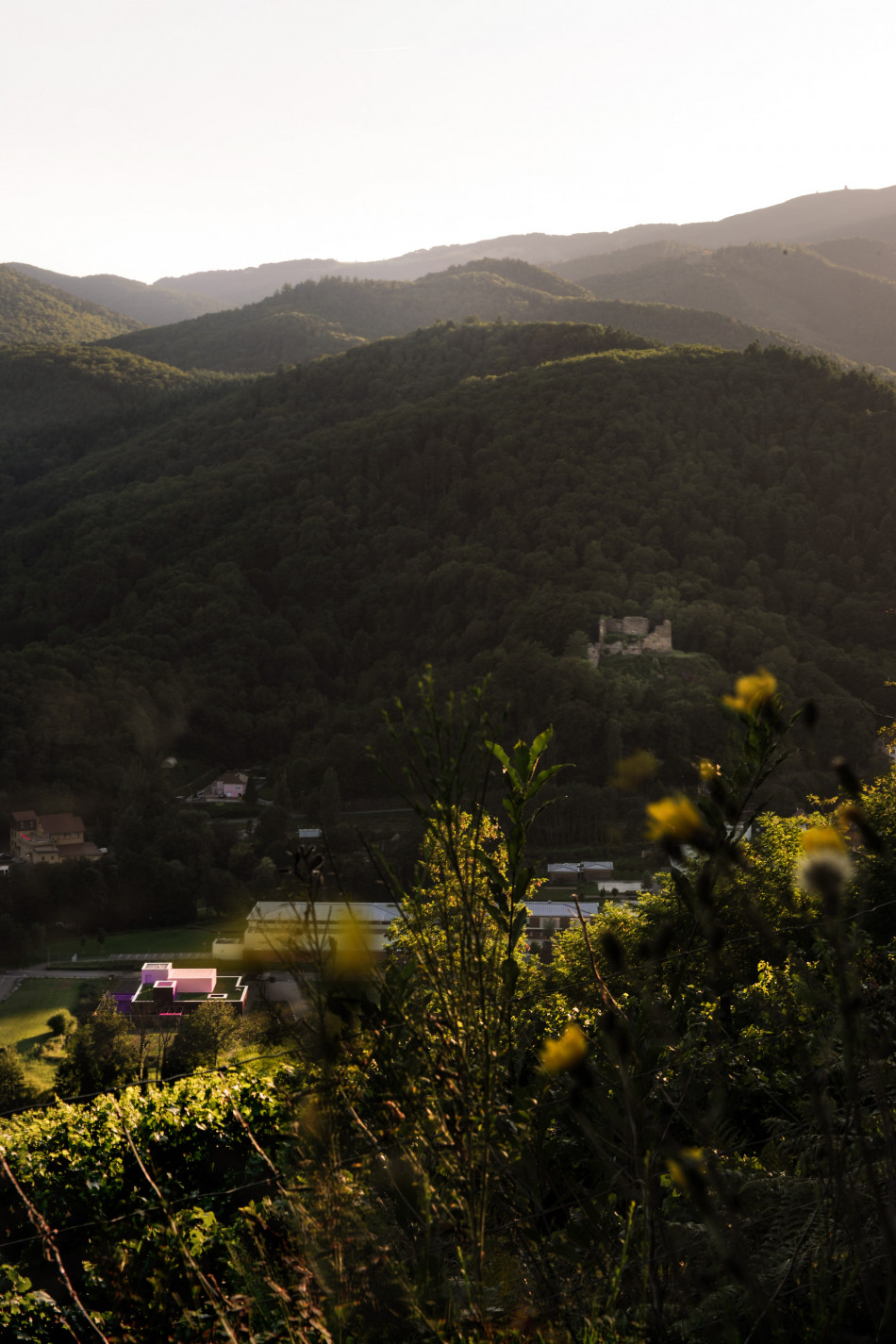 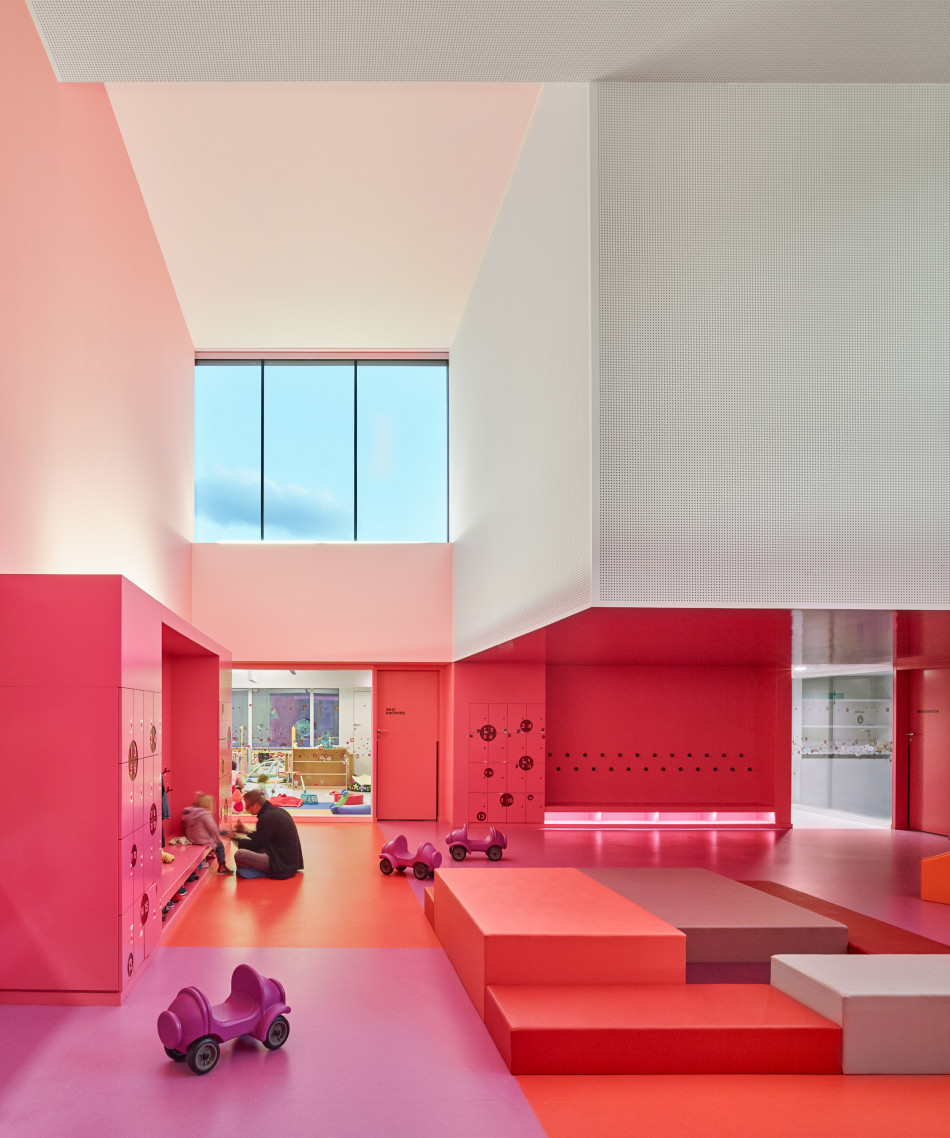 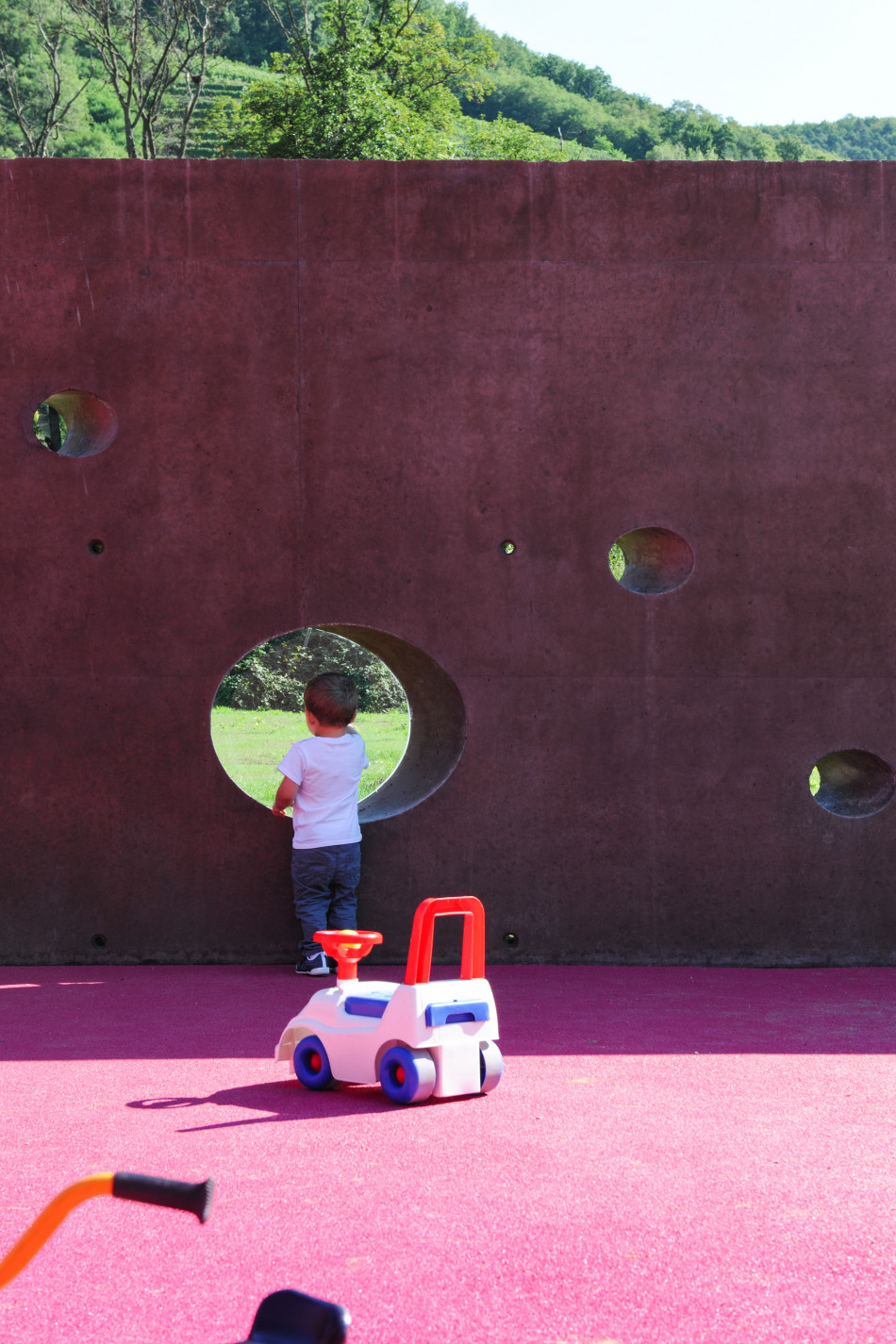 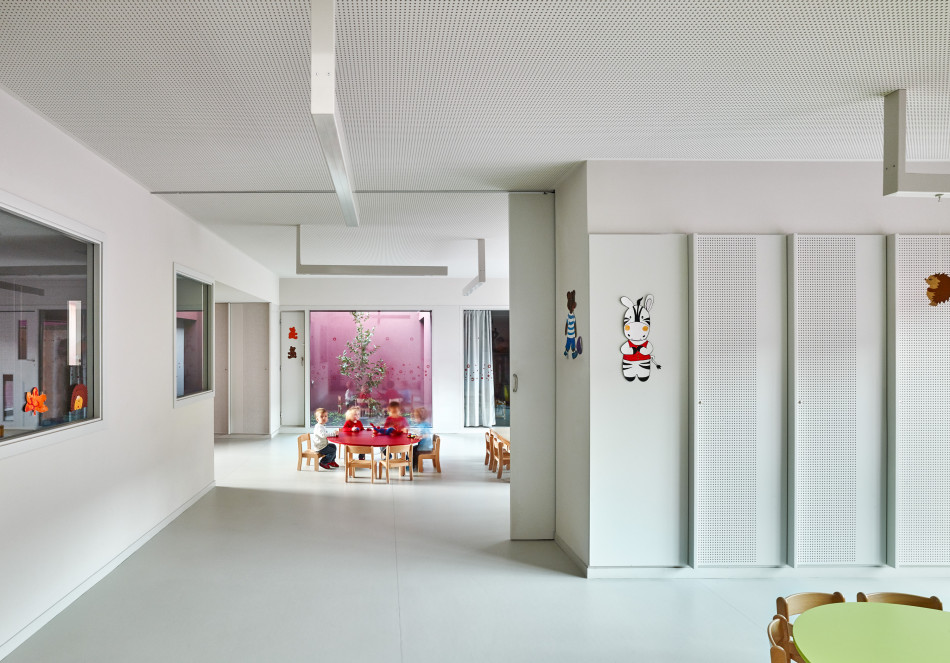 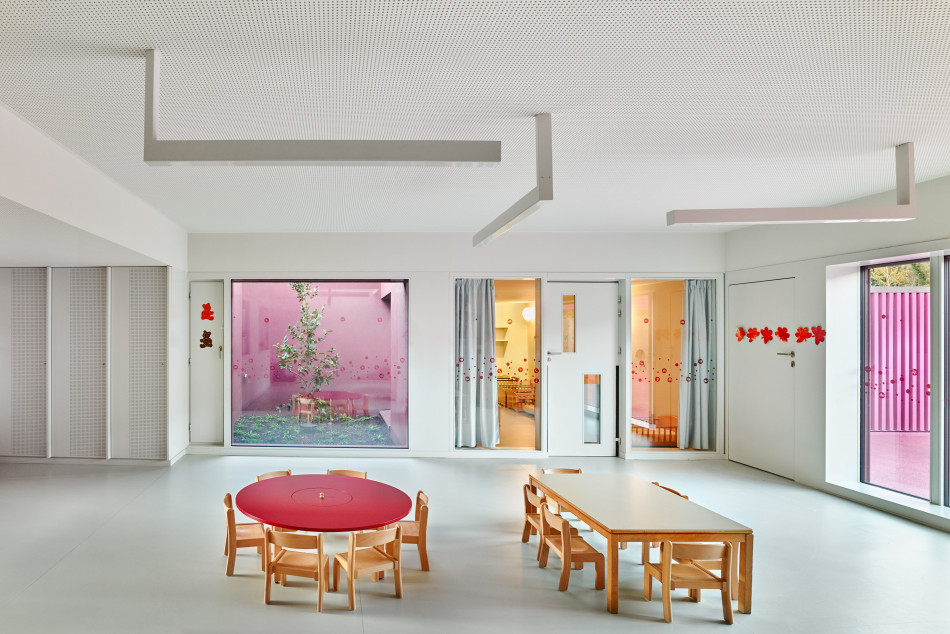 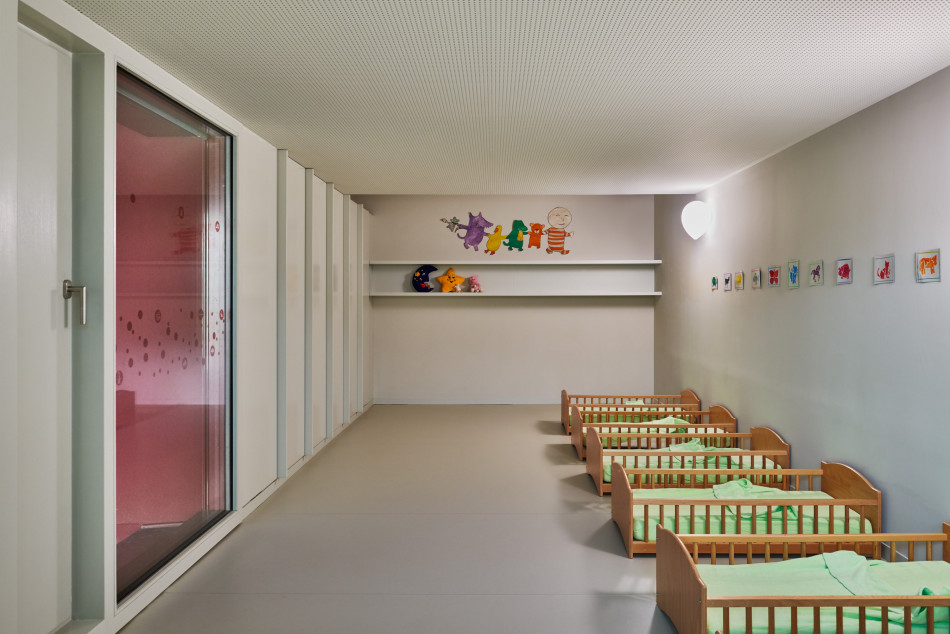 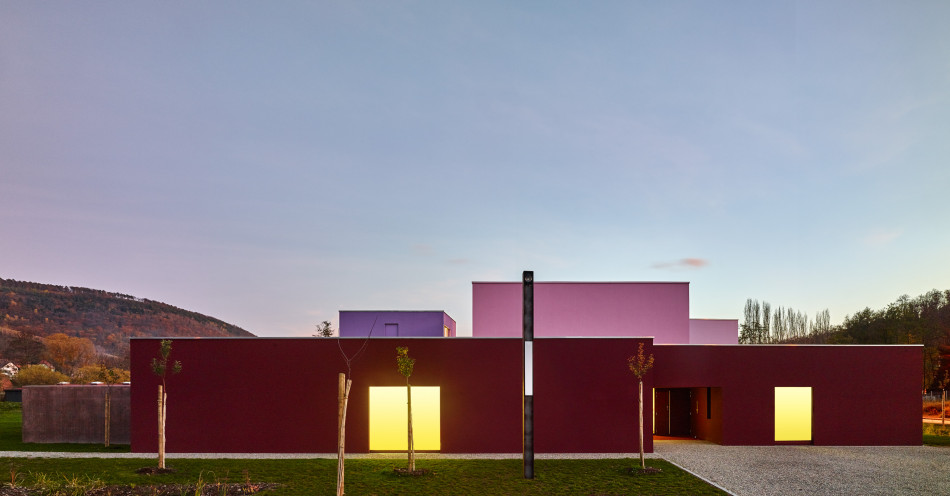 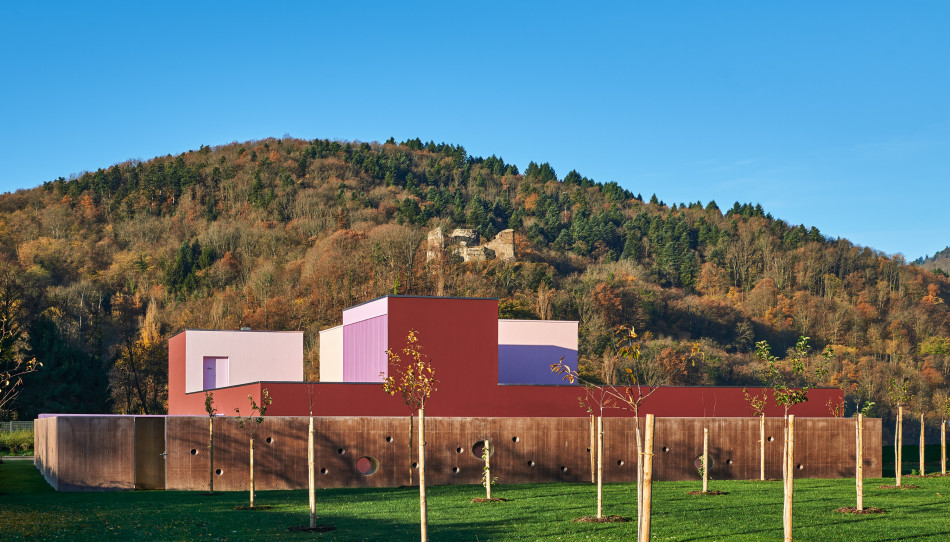 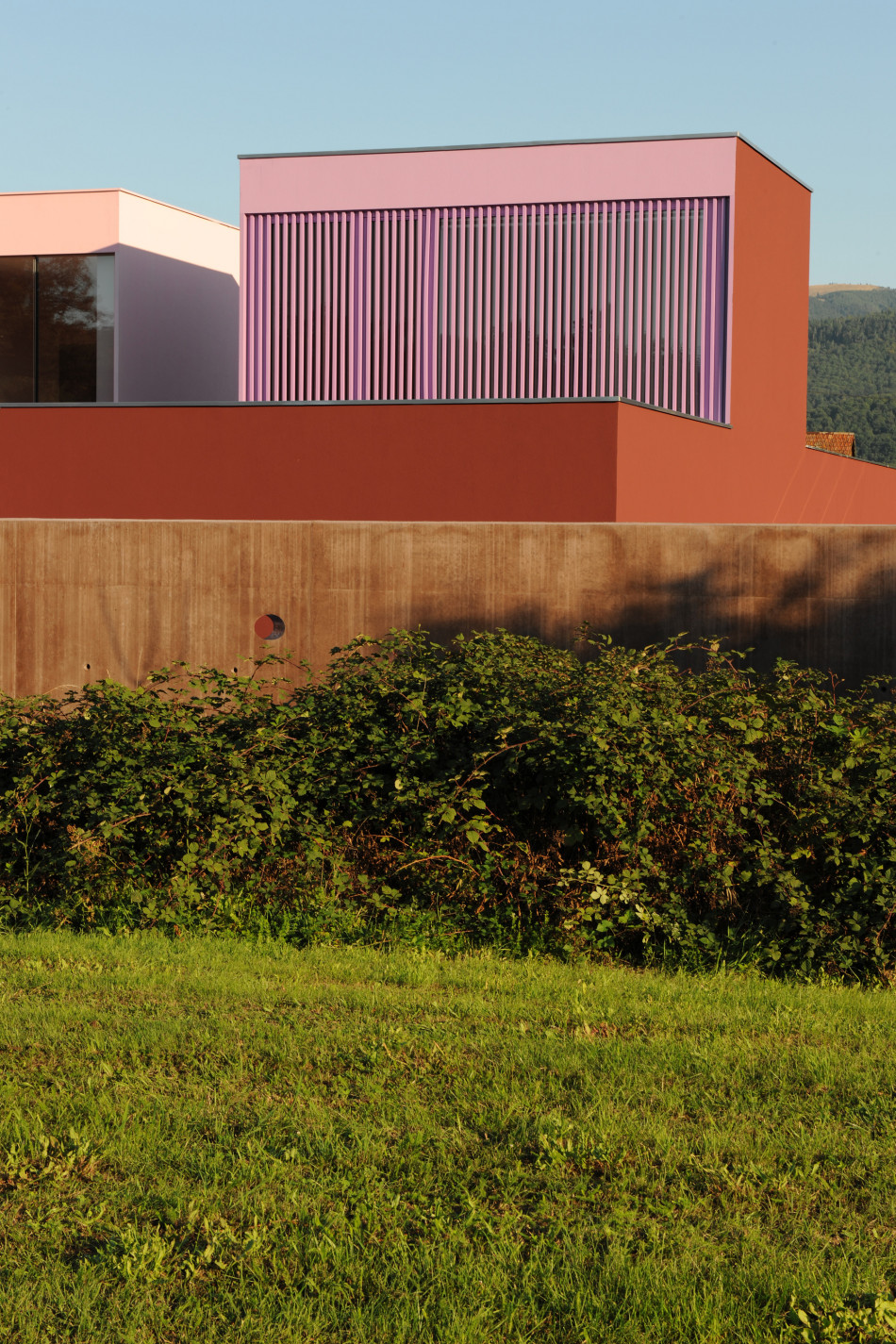 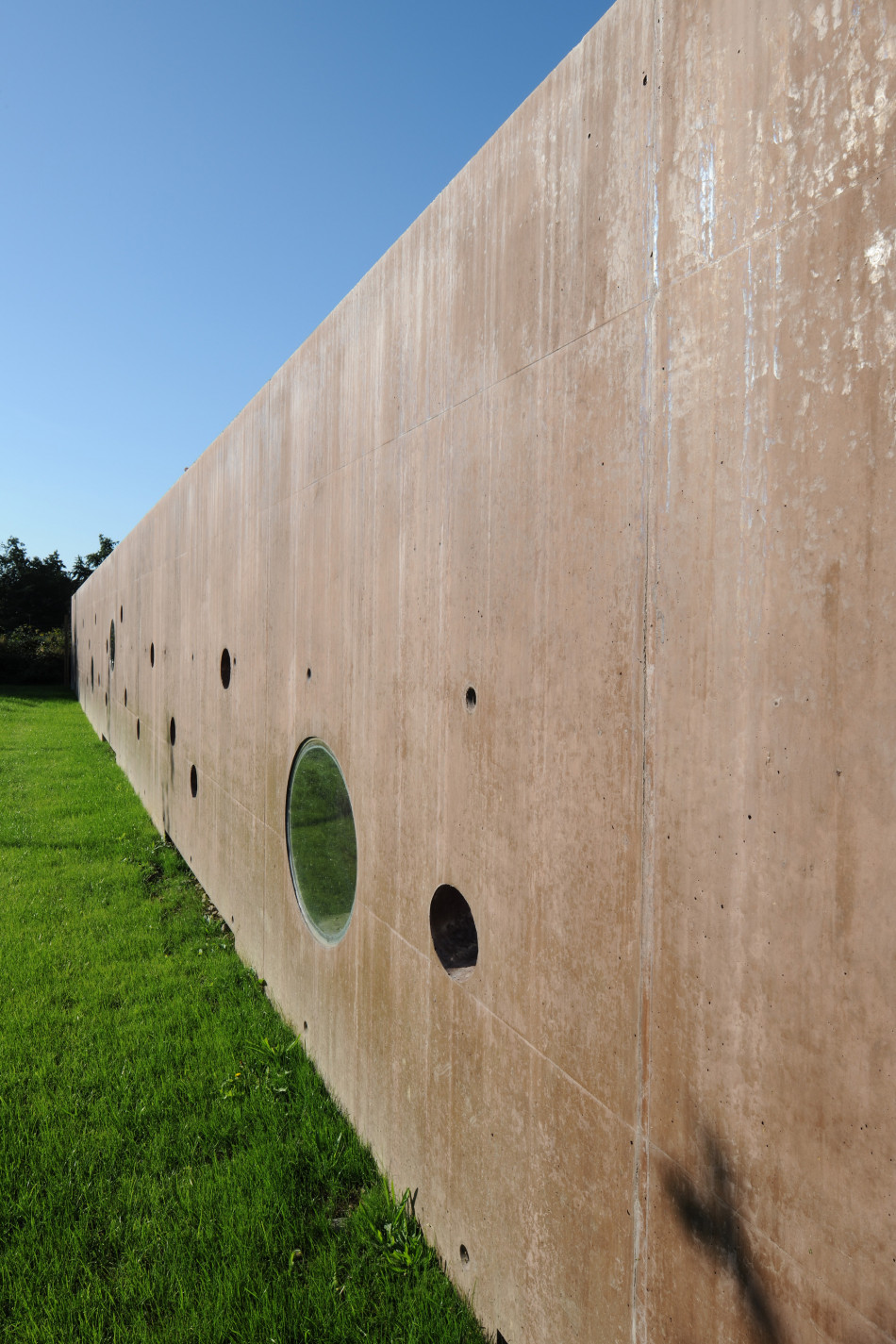 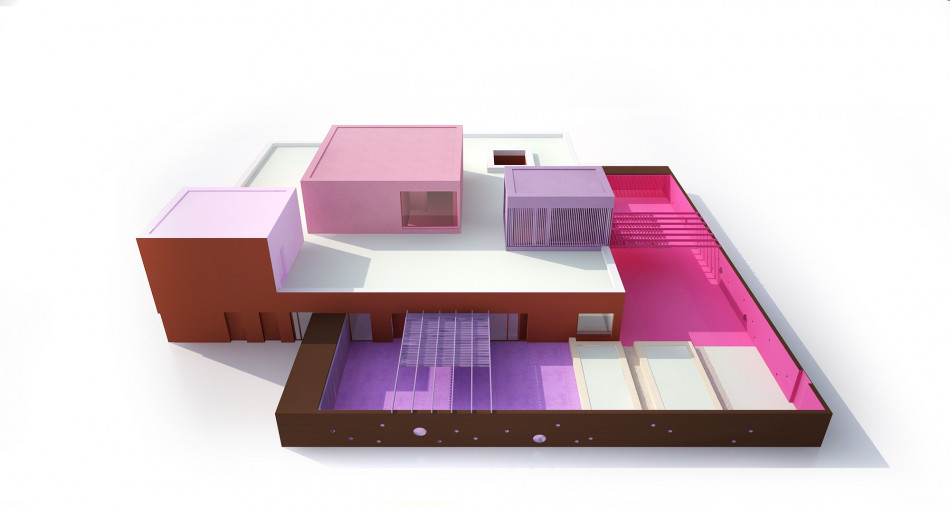 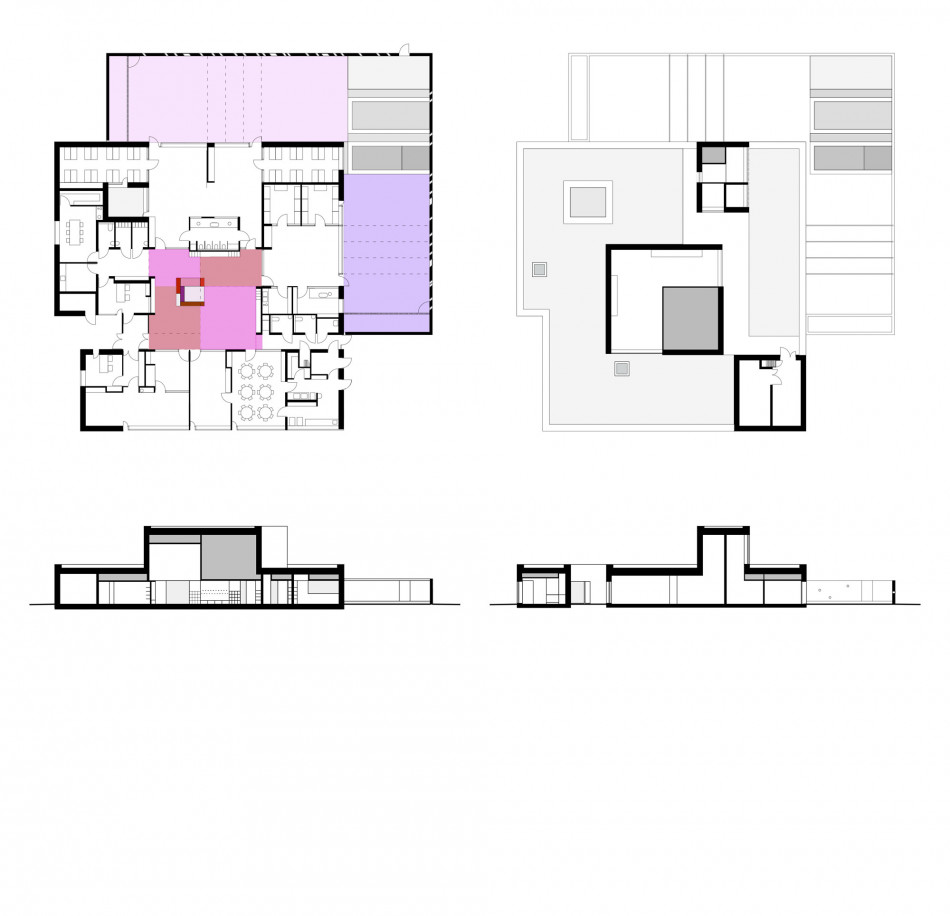 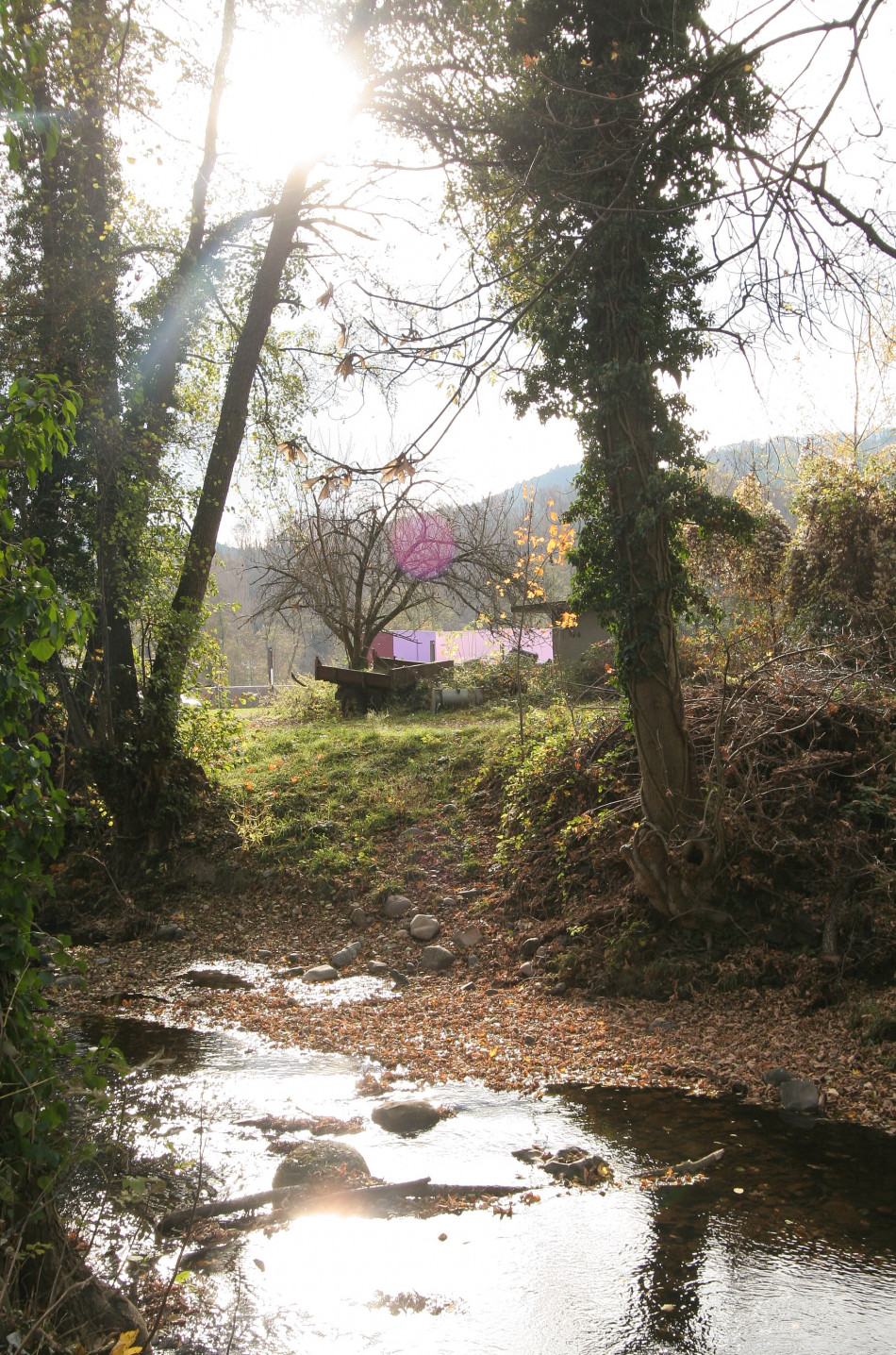