Set in the orthonormal organisation of the town of Mons-en-Barœul, the cultural centre pivots, the better to look at the town hall. The building gains in autonomy and becomes an urban landmark. It contains three music studios, one 500-seat modular auditorium, a bar, an exhibition gallery, and a large rehearsal room.

The pivoting of the volume of the large rehearsal room creates a large empty space on the inside that connects with the other elements of the project.

The geometrical conflict generated by this pivoting is revealed by the triangular shape the empty space creates. In association with the diagonal lines of the staircase, the walls bend in an upward movement.

The black lacquered surfaces render perception of the space more complex. Right at the top, the light brought in by the white ceiling gives it the appearance of a starry sky. The spaces are gathered around this strange heart, which may be read as some kind of interior dislocation. The spatial instability generated by the folds and reflections lends a strange atmosphere to the whole.

The retractable tiered seating that covers two-thirds of the auditorium allows a wide range of uses. The grid extends beyond the footprint of the stage, allowing a wide range of stage configurations. The acoustic scenario complements general arrangements.

With an administrative centre reduced to a strict minimum, the areas devoted to different types of musical practice occupy the entire building. The bar and the gallery blend into the space occupied by the hall, adding a generous aspect to the project.

The external envelope has a rather rough appearance. The grey concrete presents two levels of finish: some of the surfaces are in rough concrete, while others are polished. The addition of crushed glass to the concrete aggregates gives the facade a magical sparkle, depending on the light conditions.

The project derives its quintessence from its context. Its simple volumes make no attempt to compete with the surrounding high-rise buildings. By emancipating itself from the urban geometry, it highlights its humble singularity. All in all, the building is not a competitor; it seeks to transcend the ages. 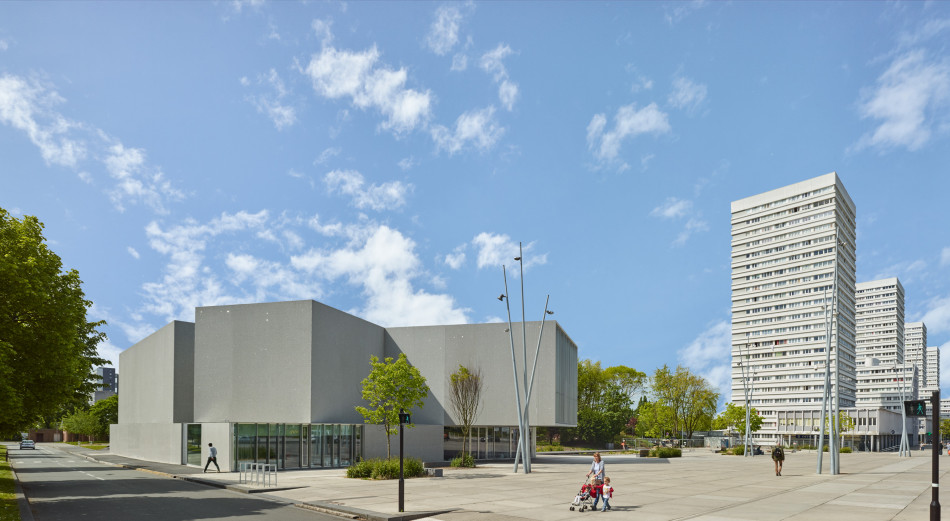 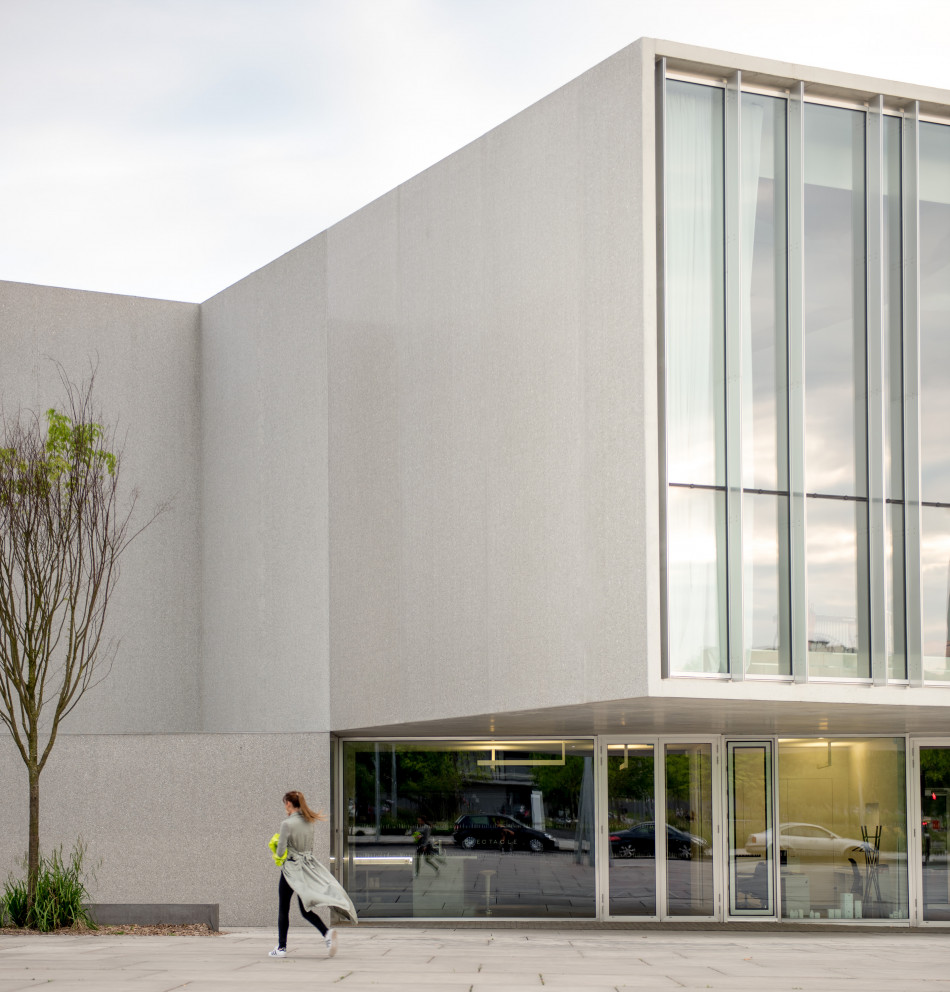 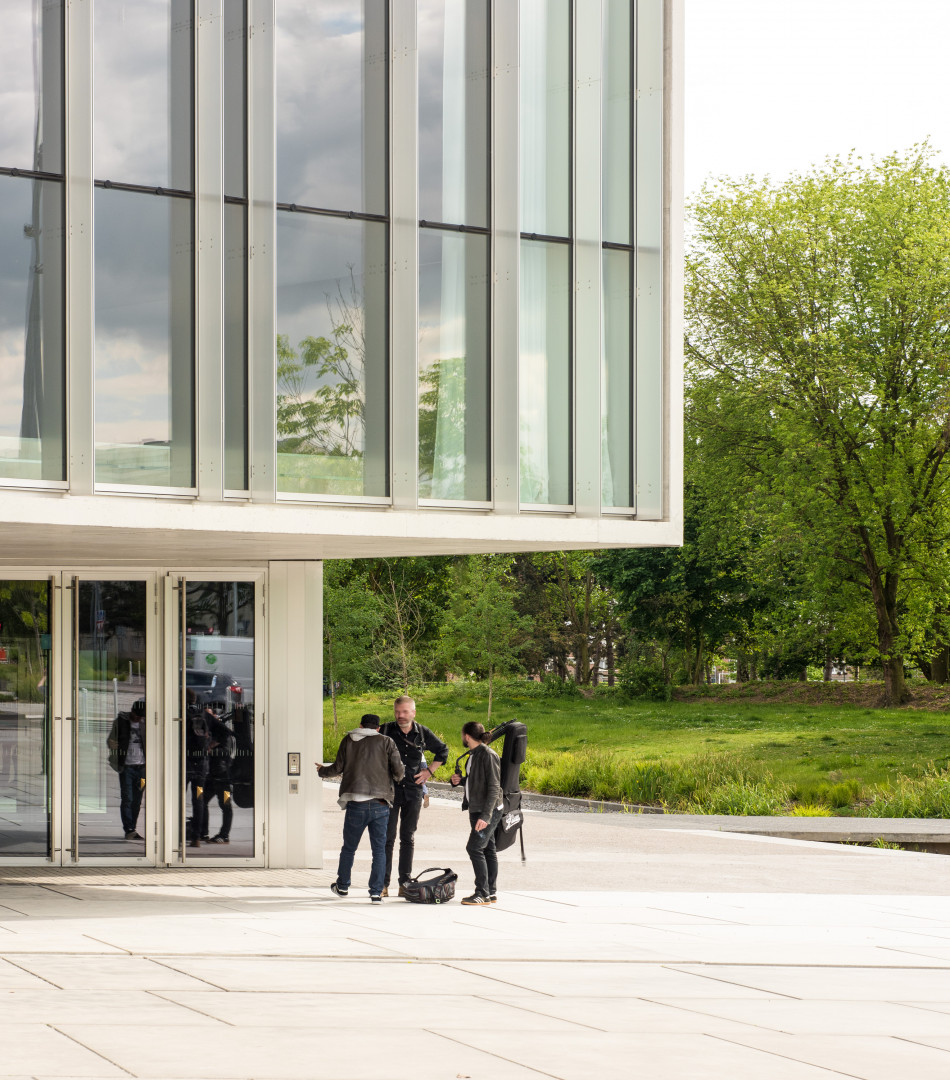 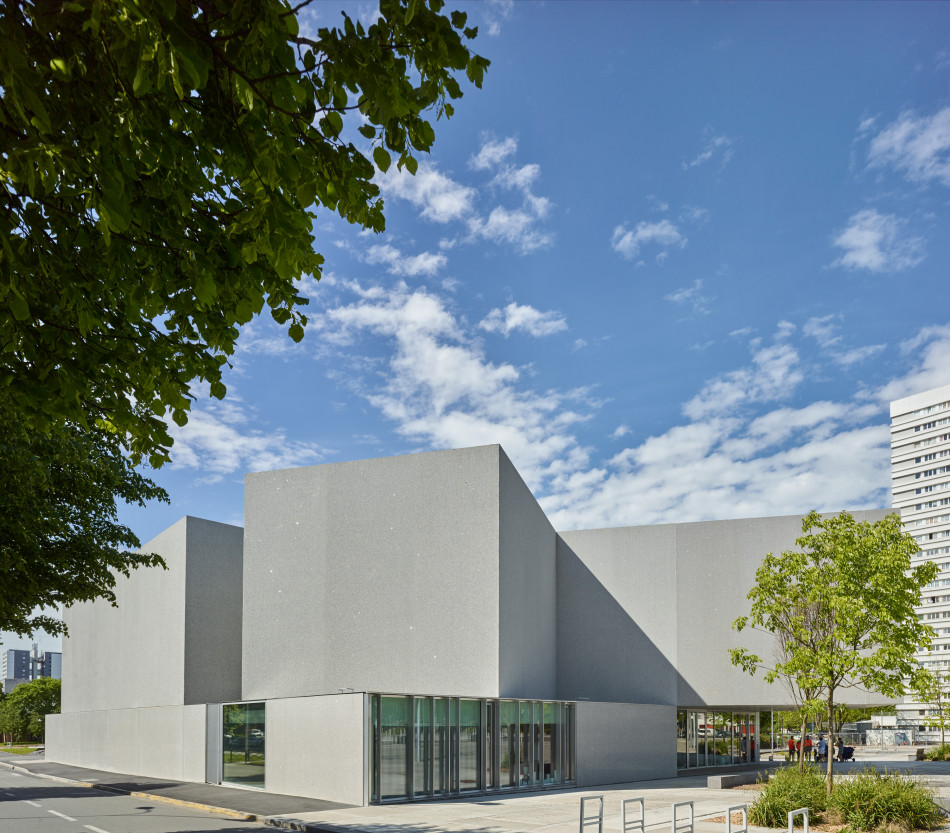 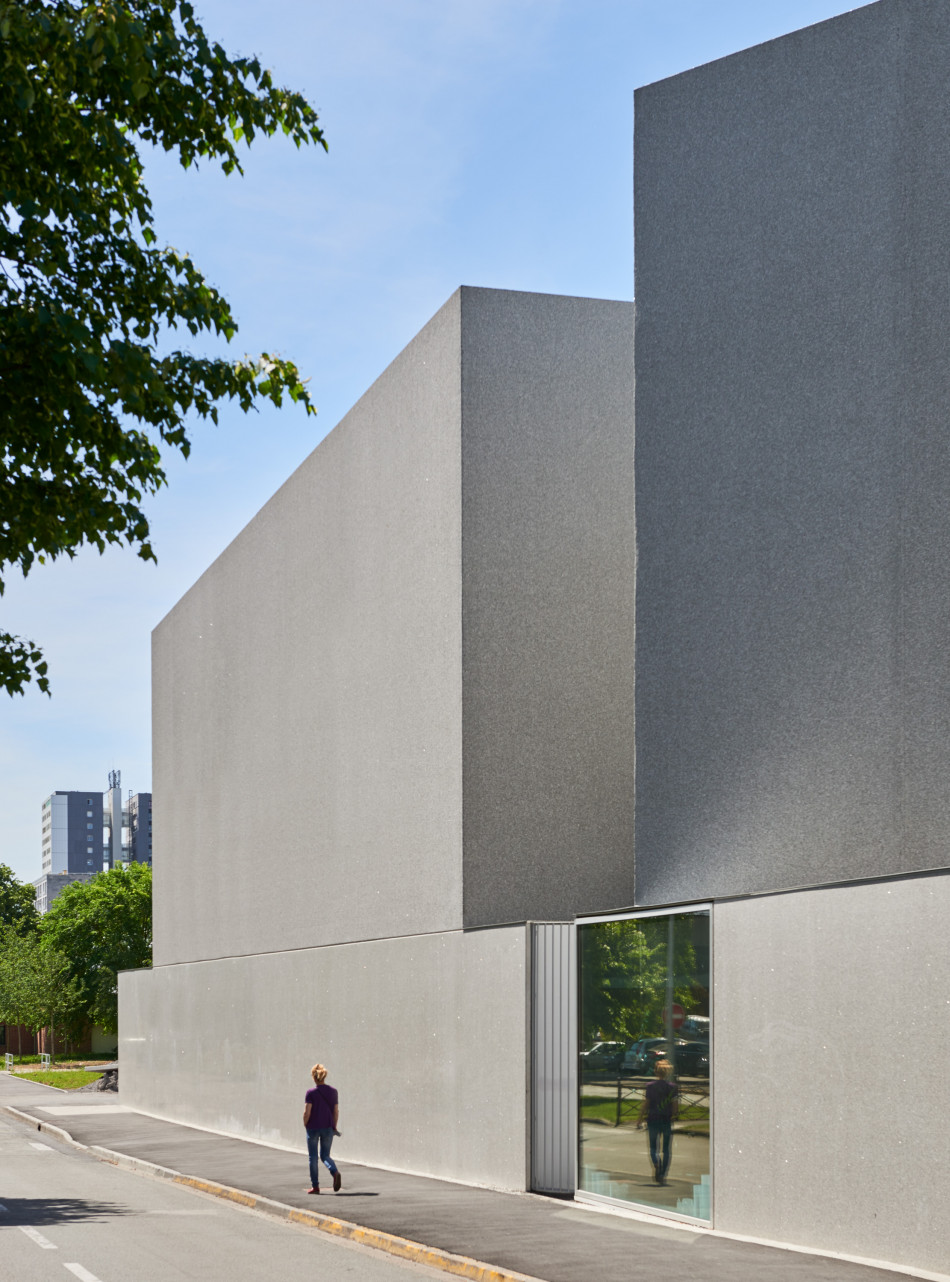 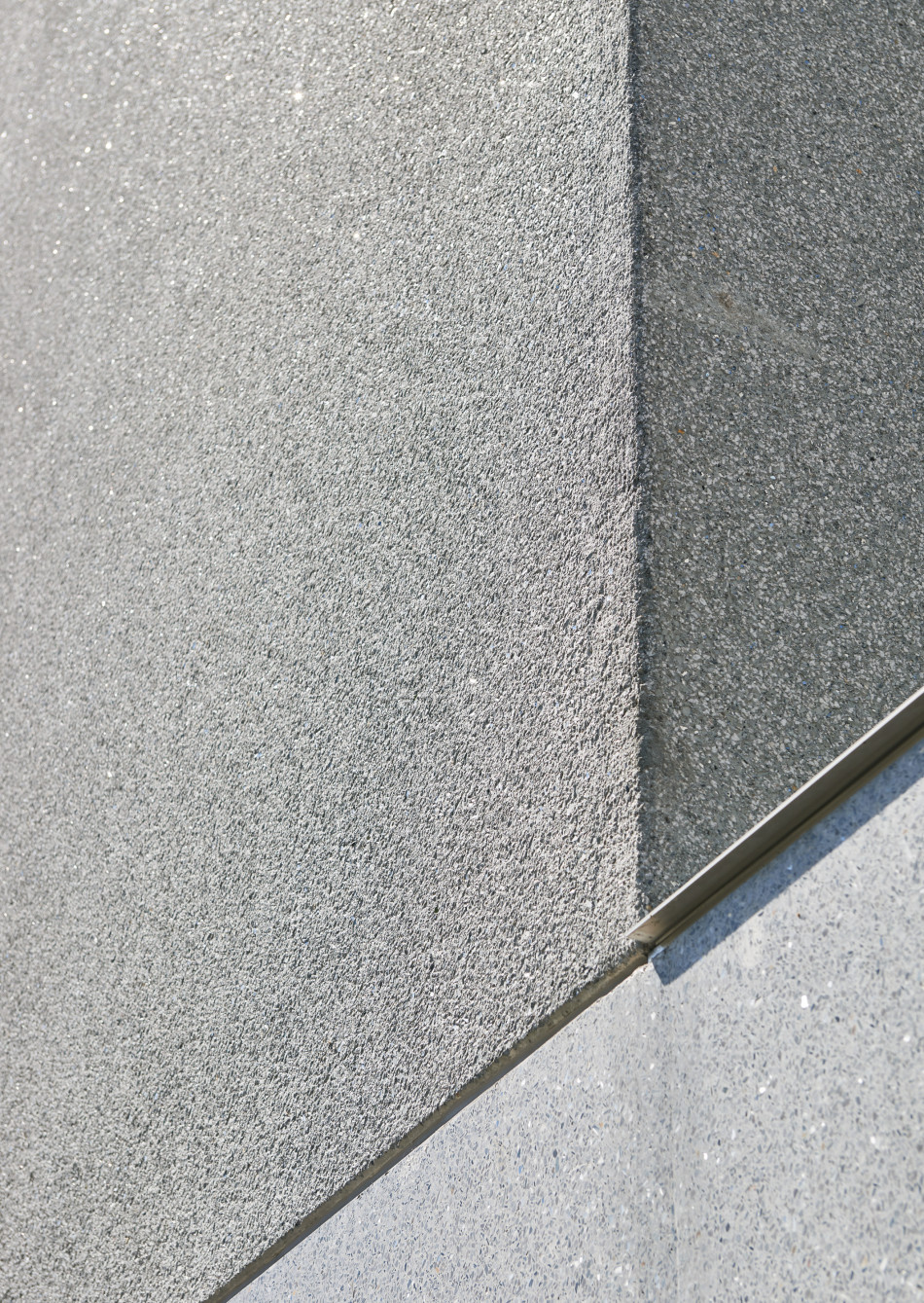 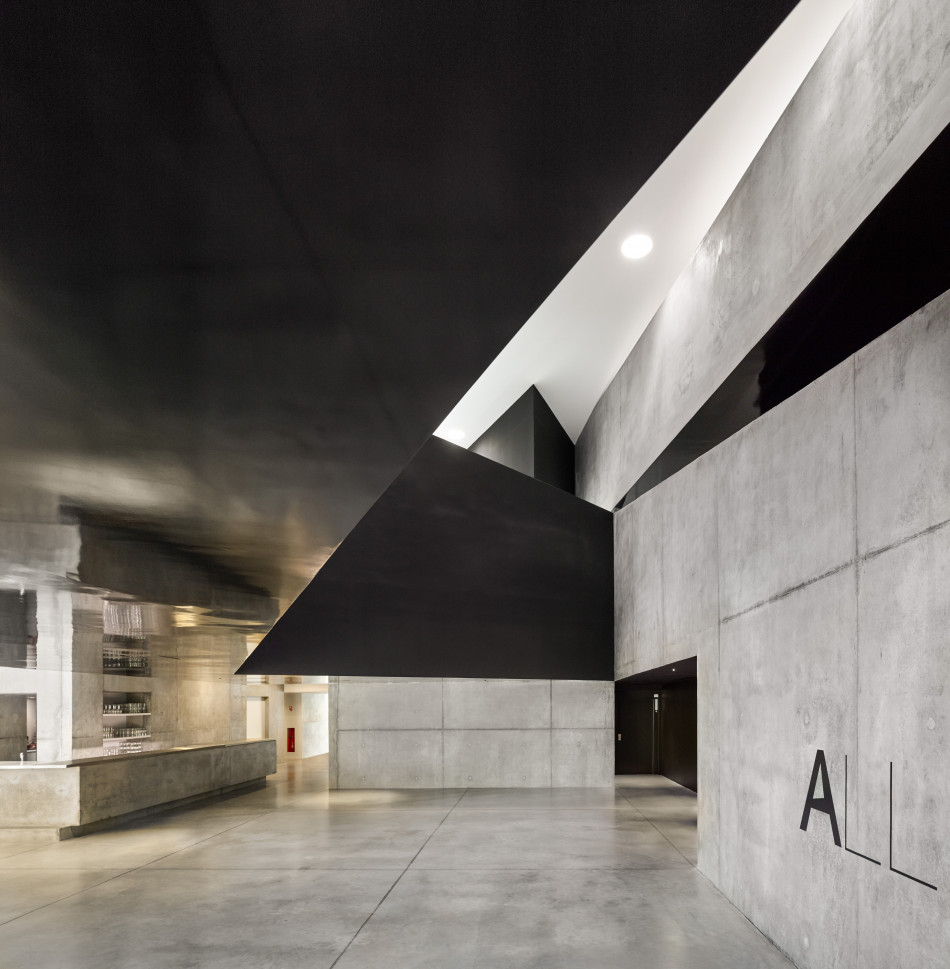 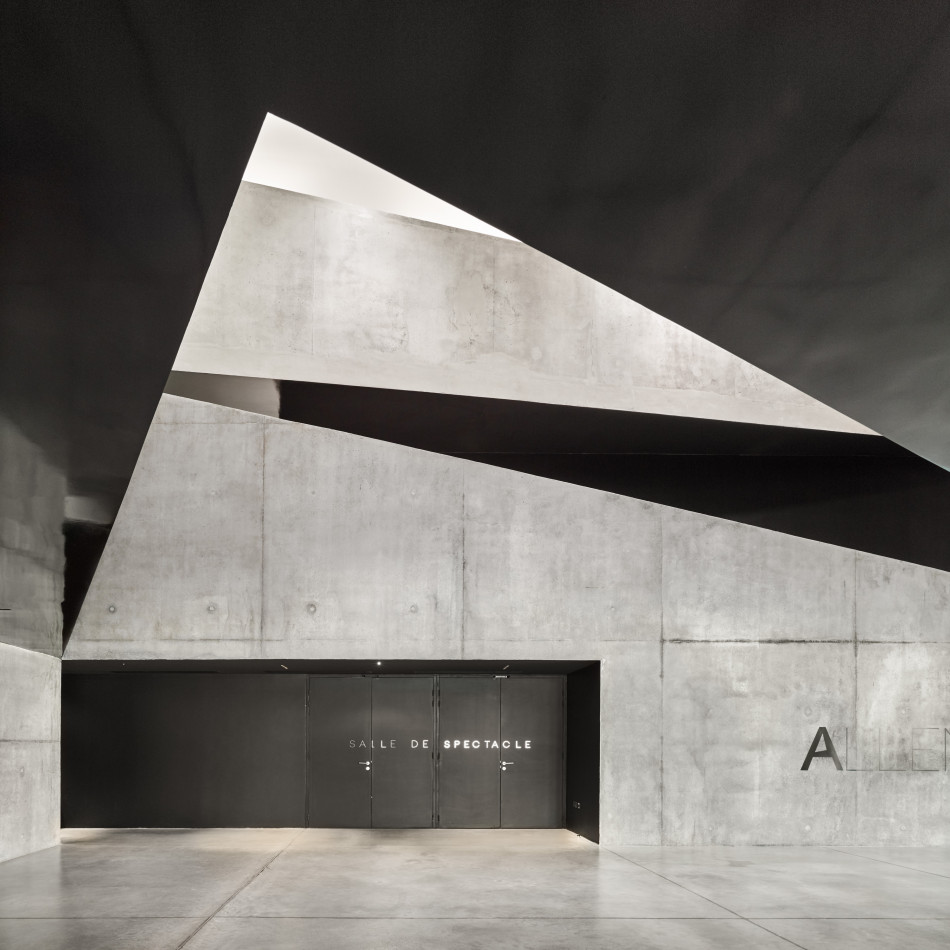 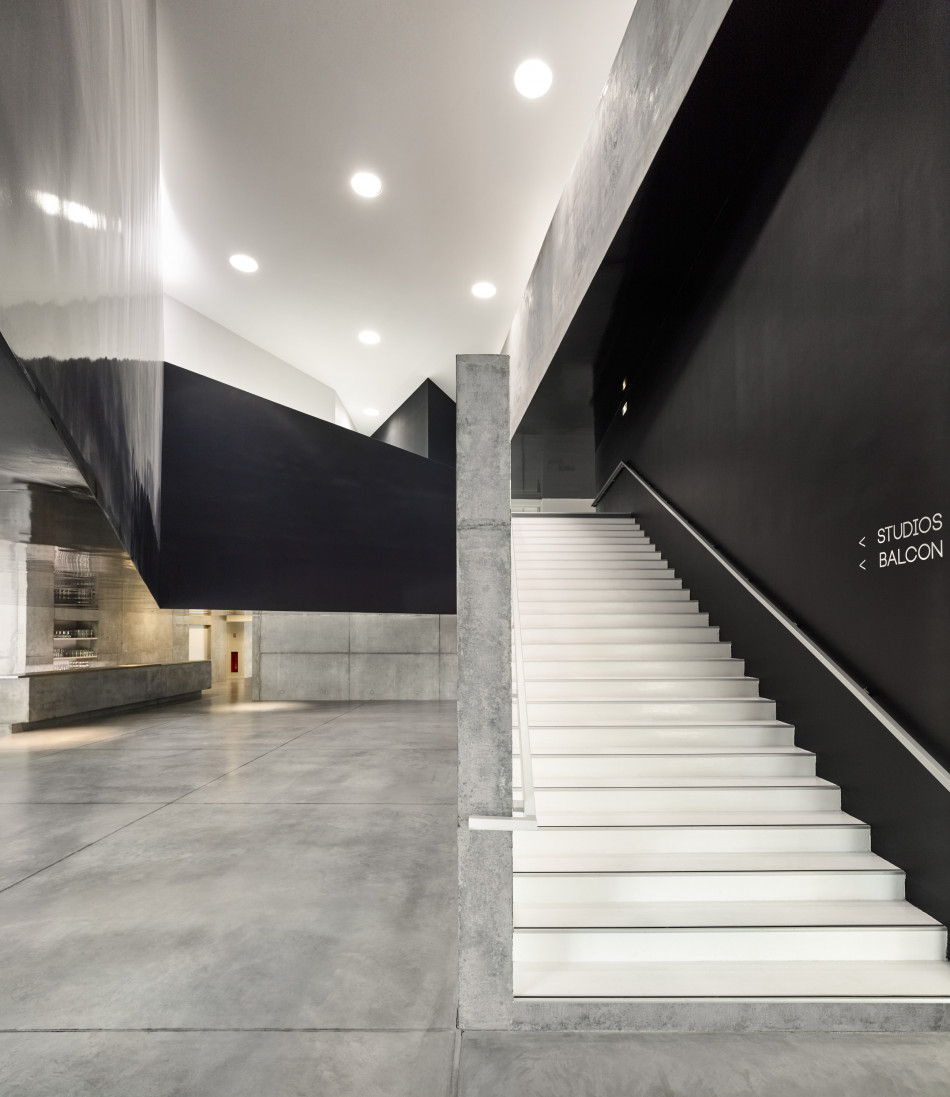 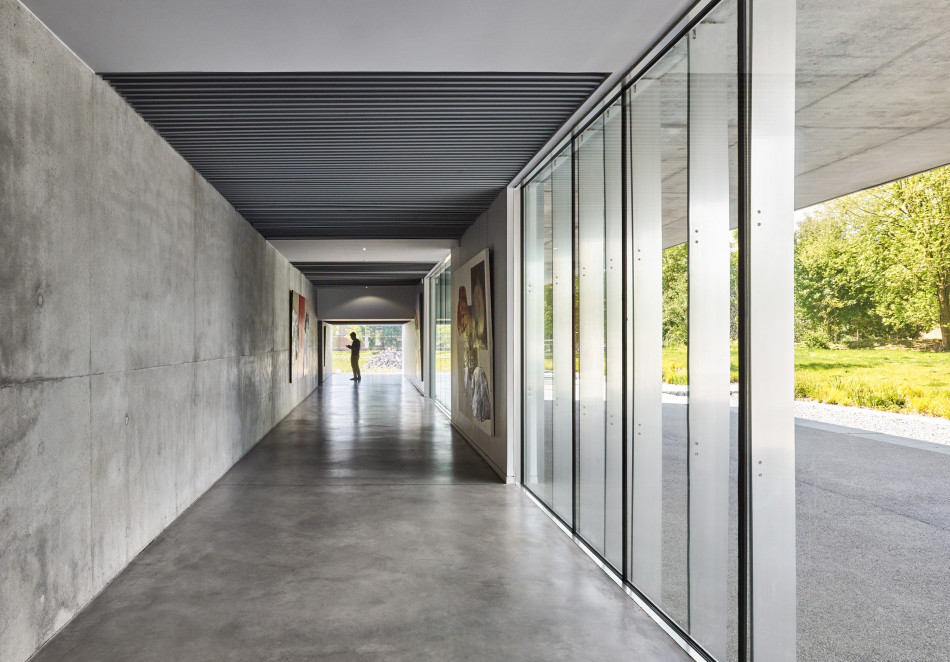 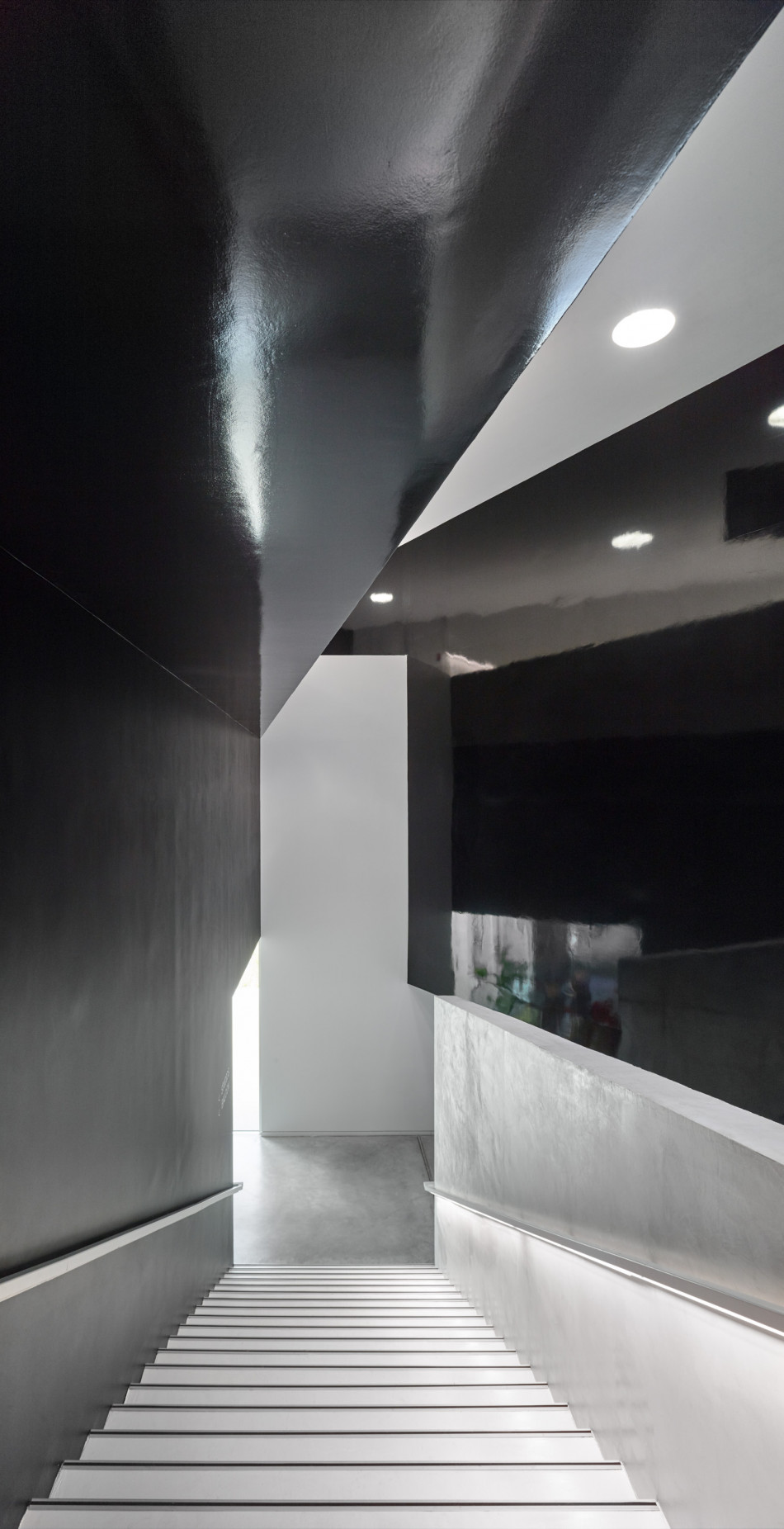 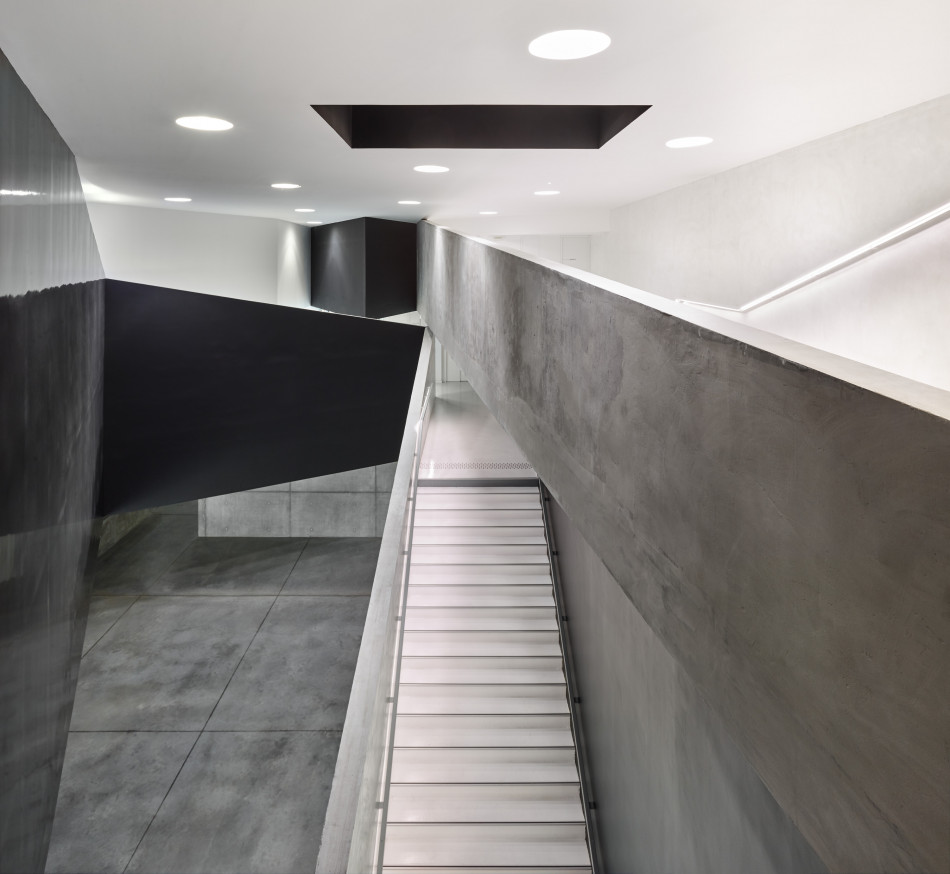 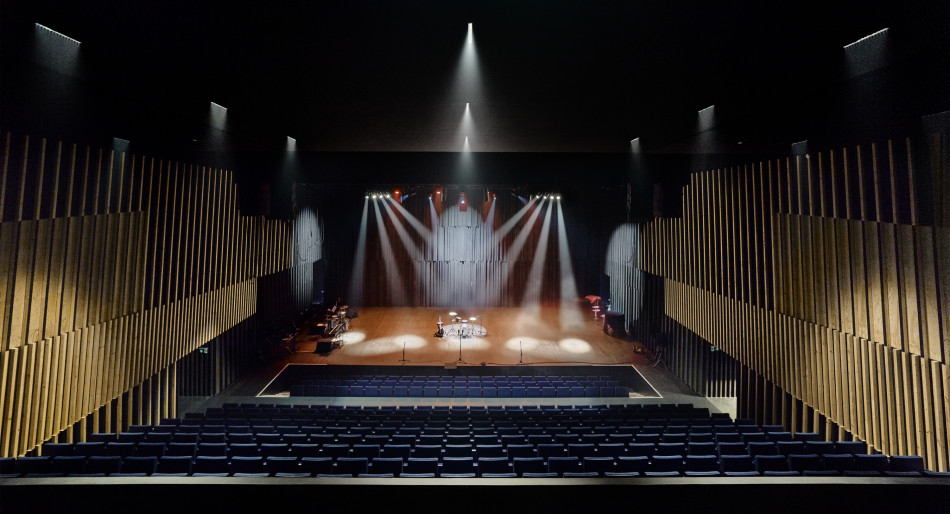 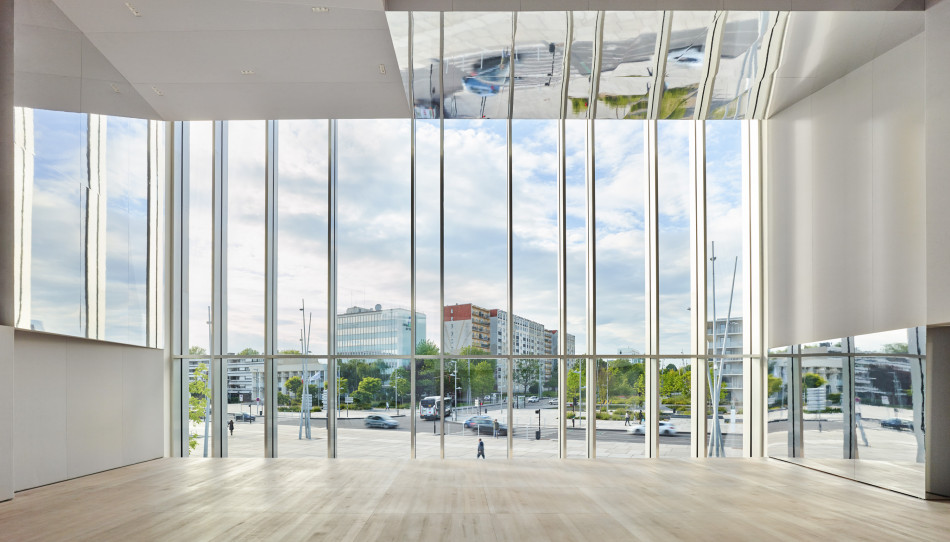 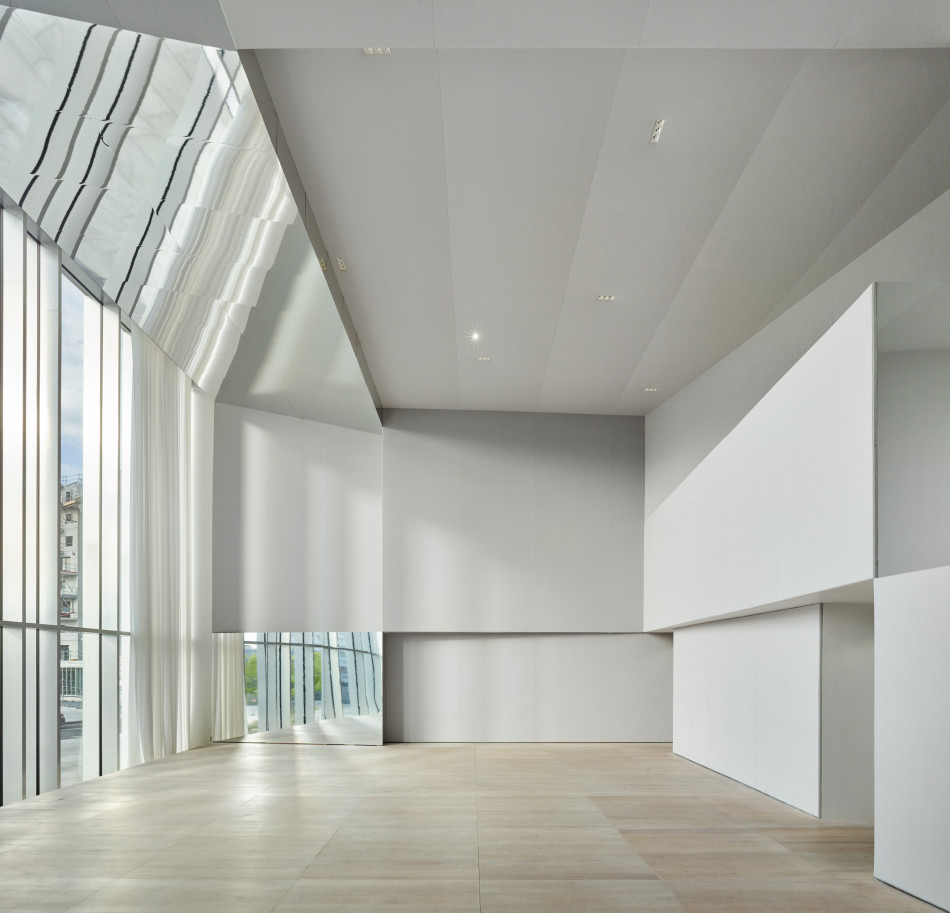 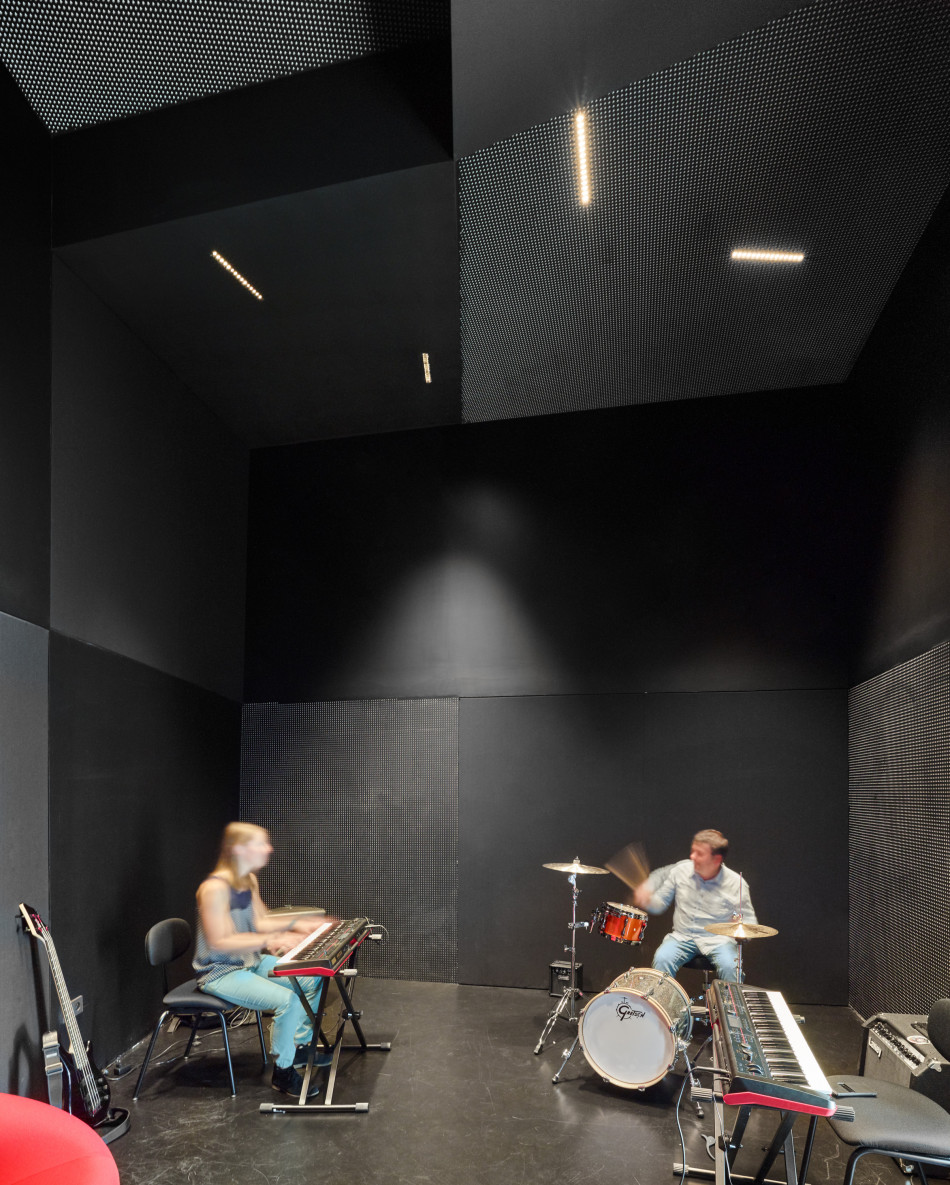 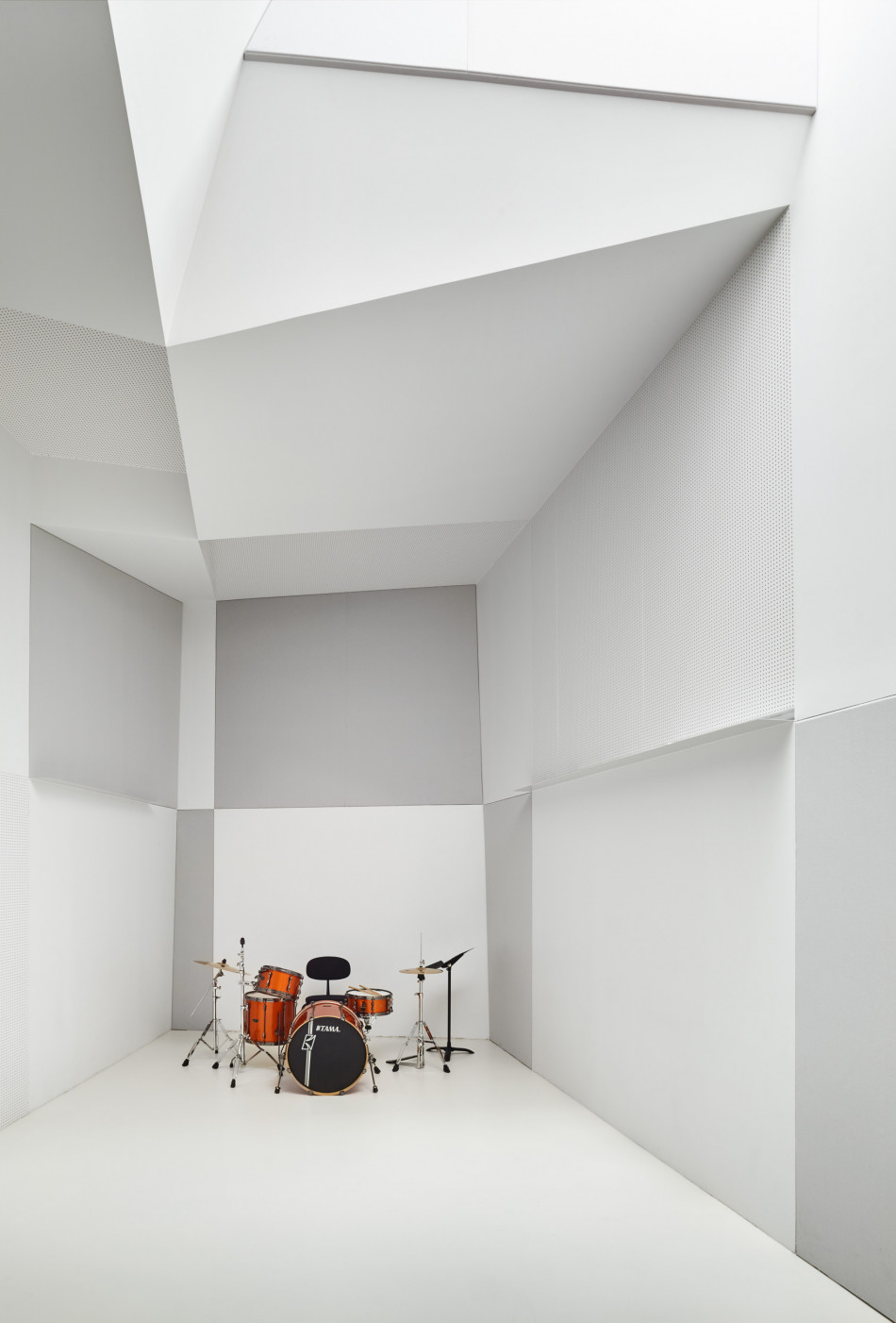 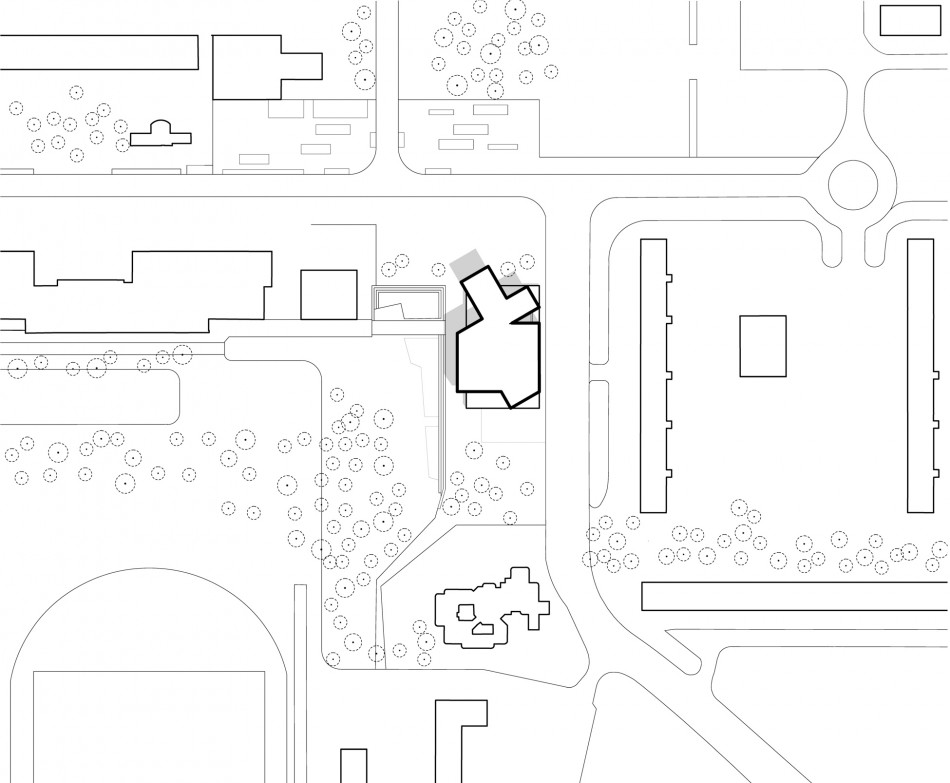 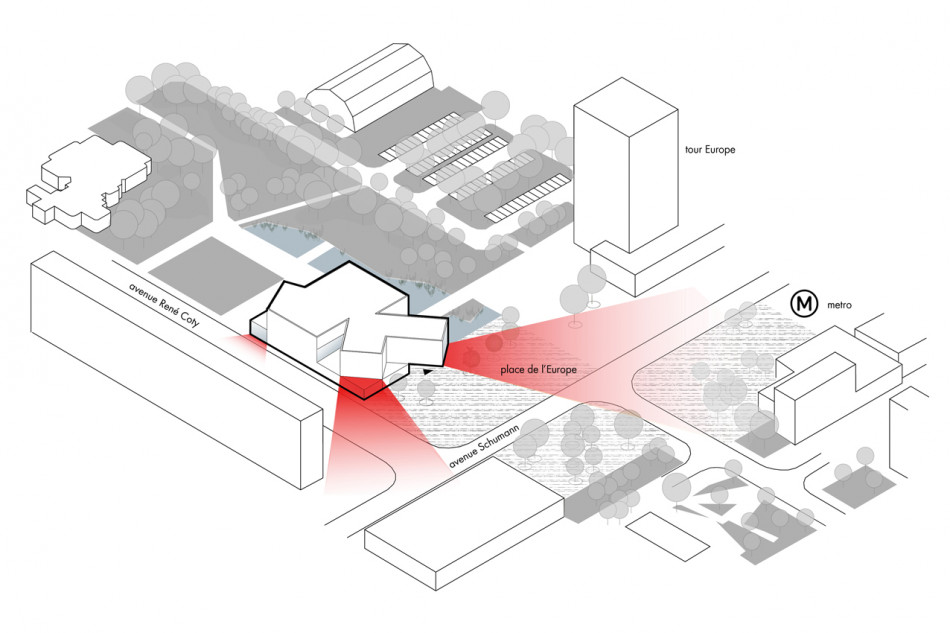 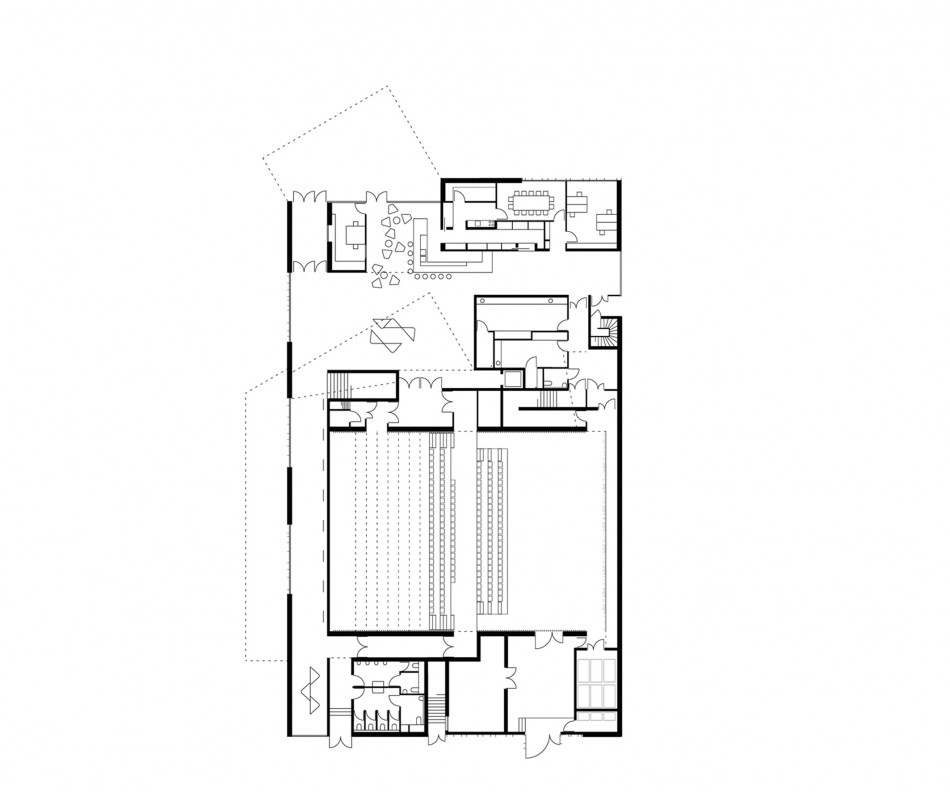 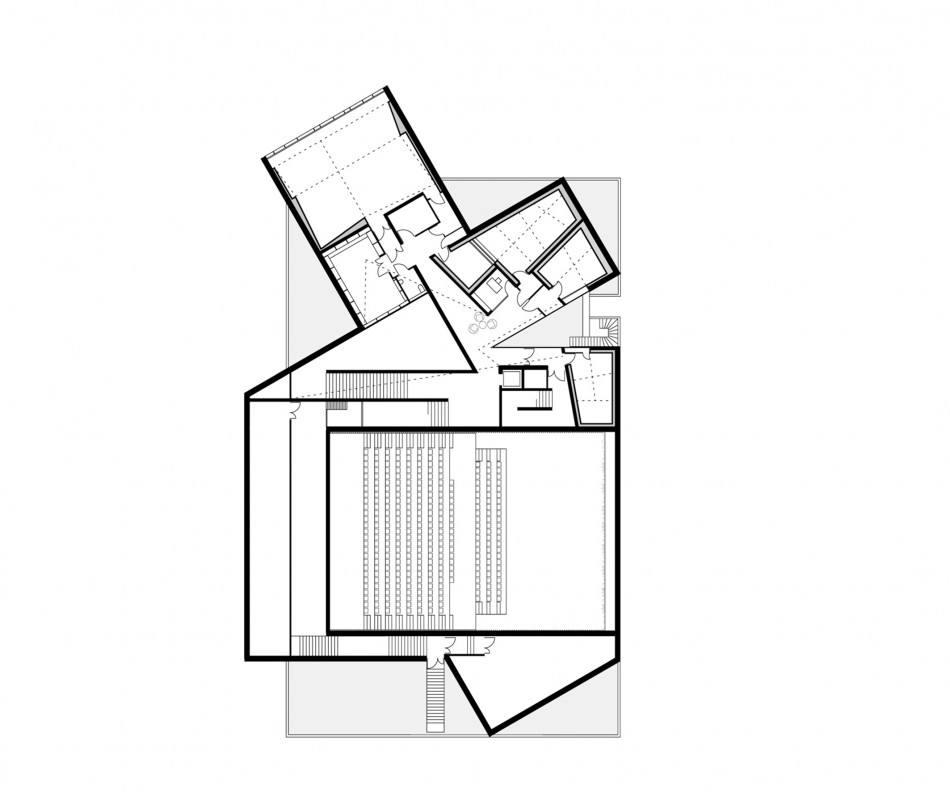 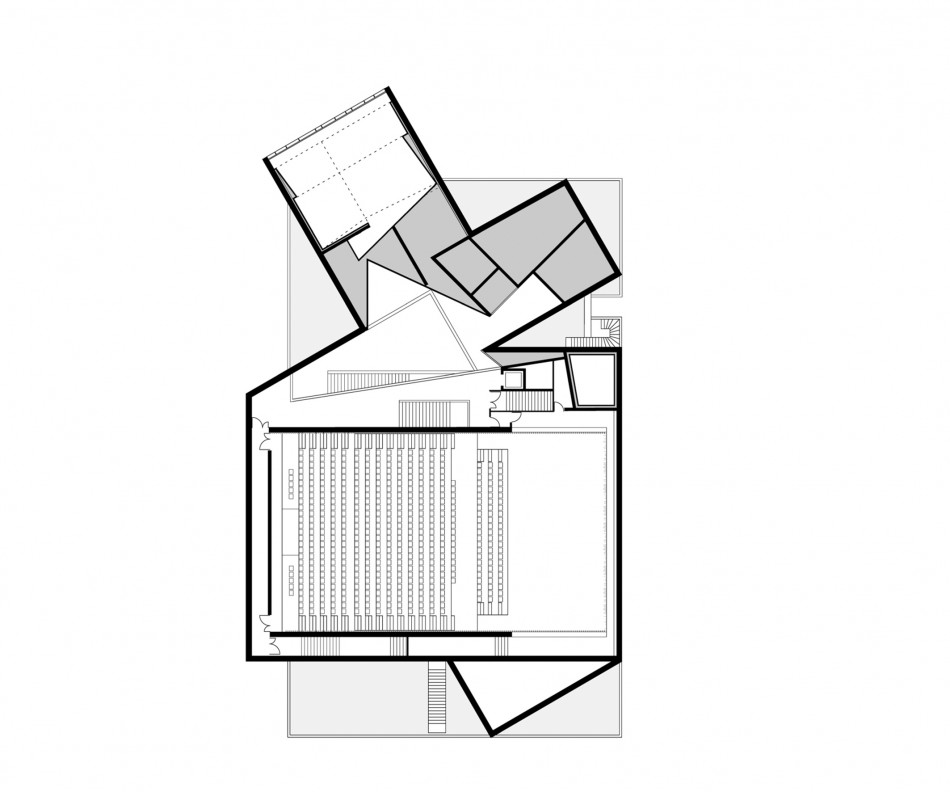 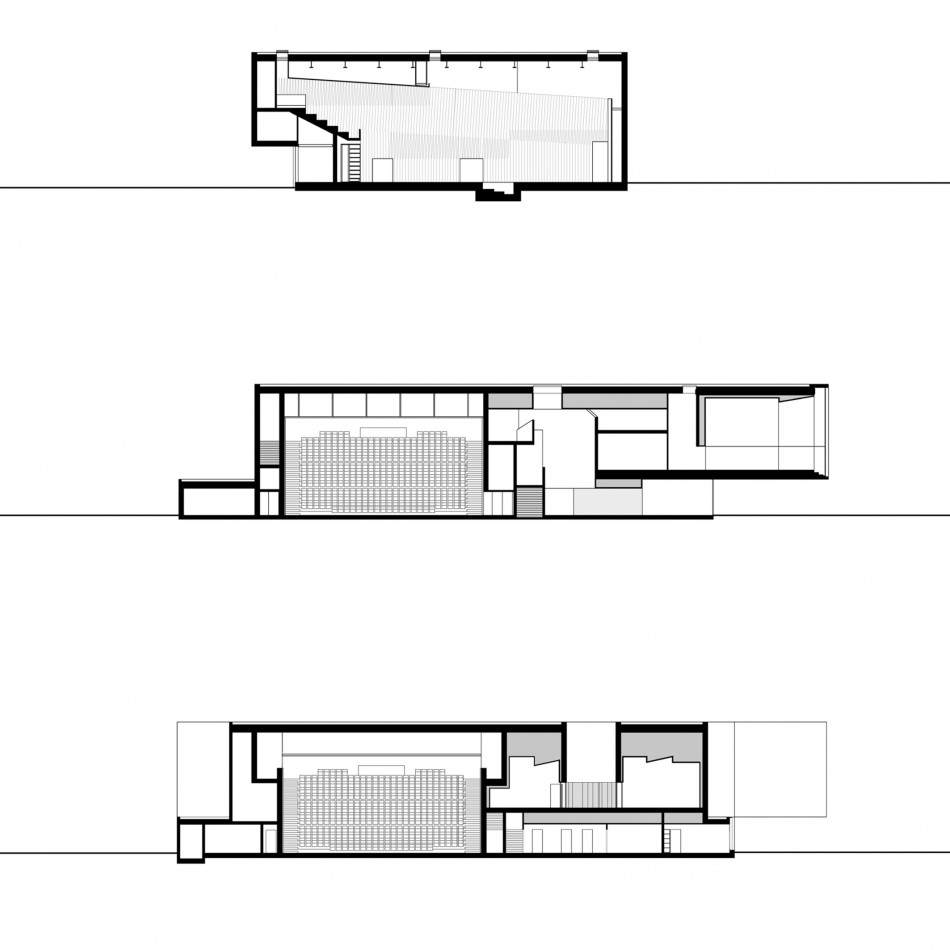 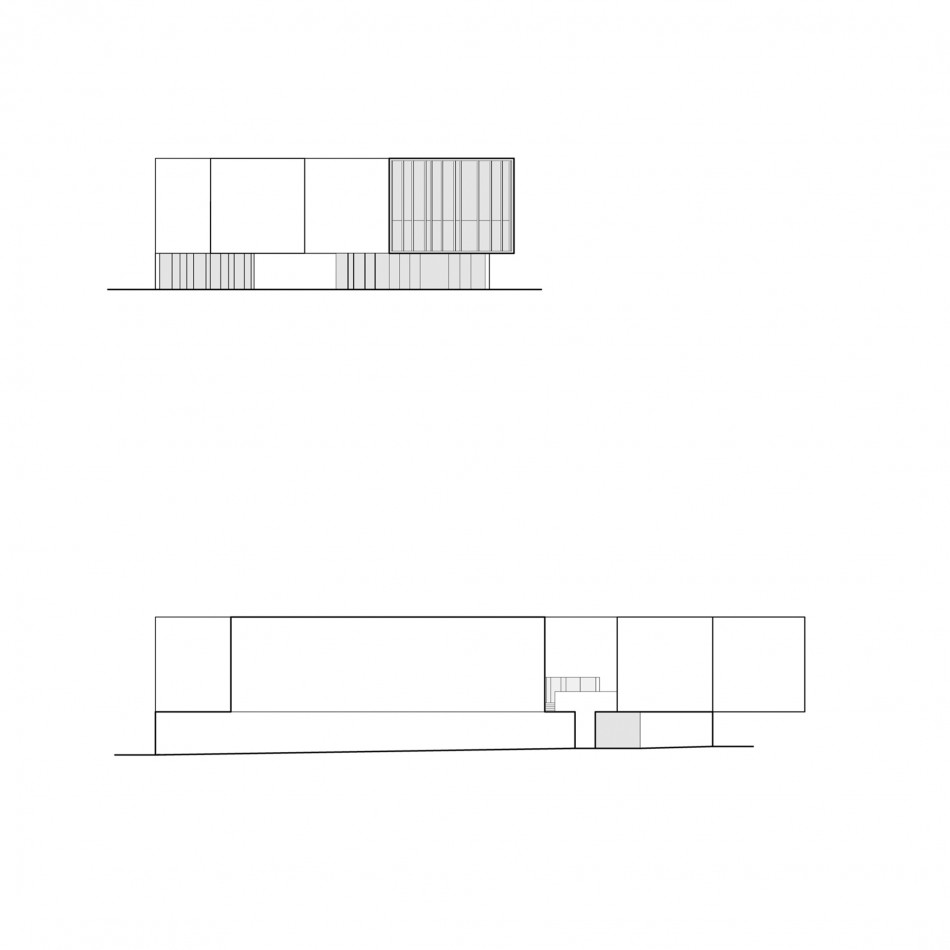 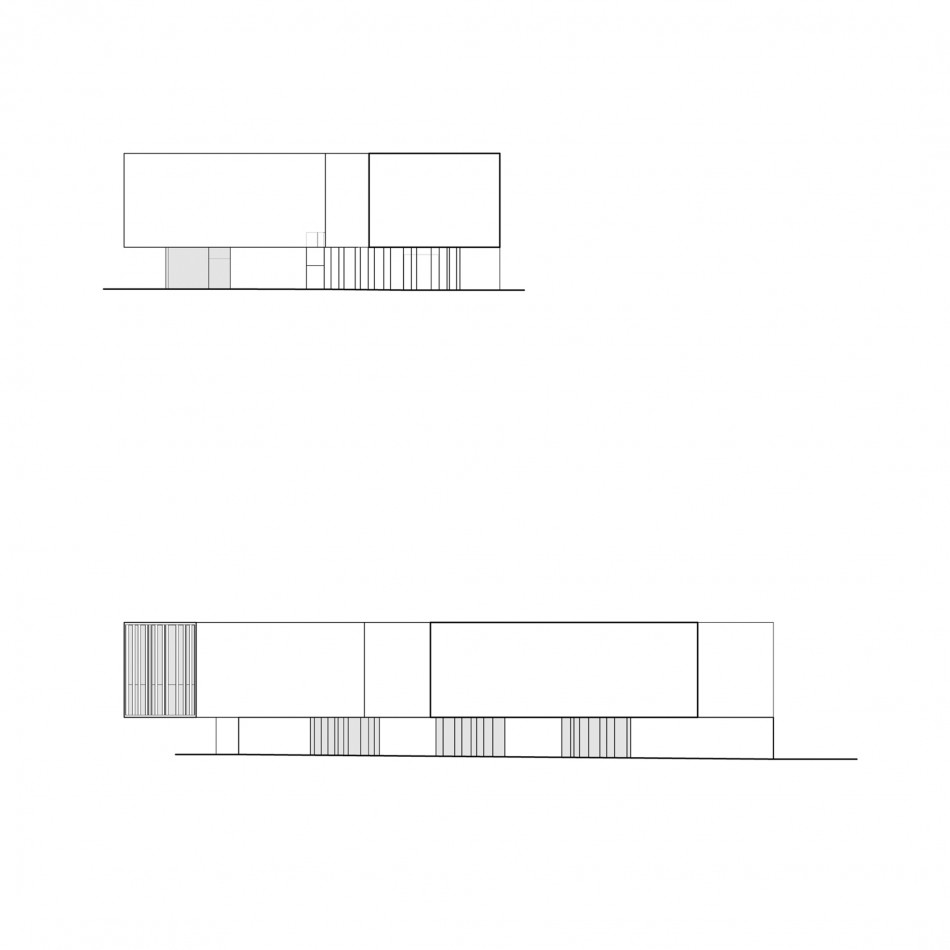 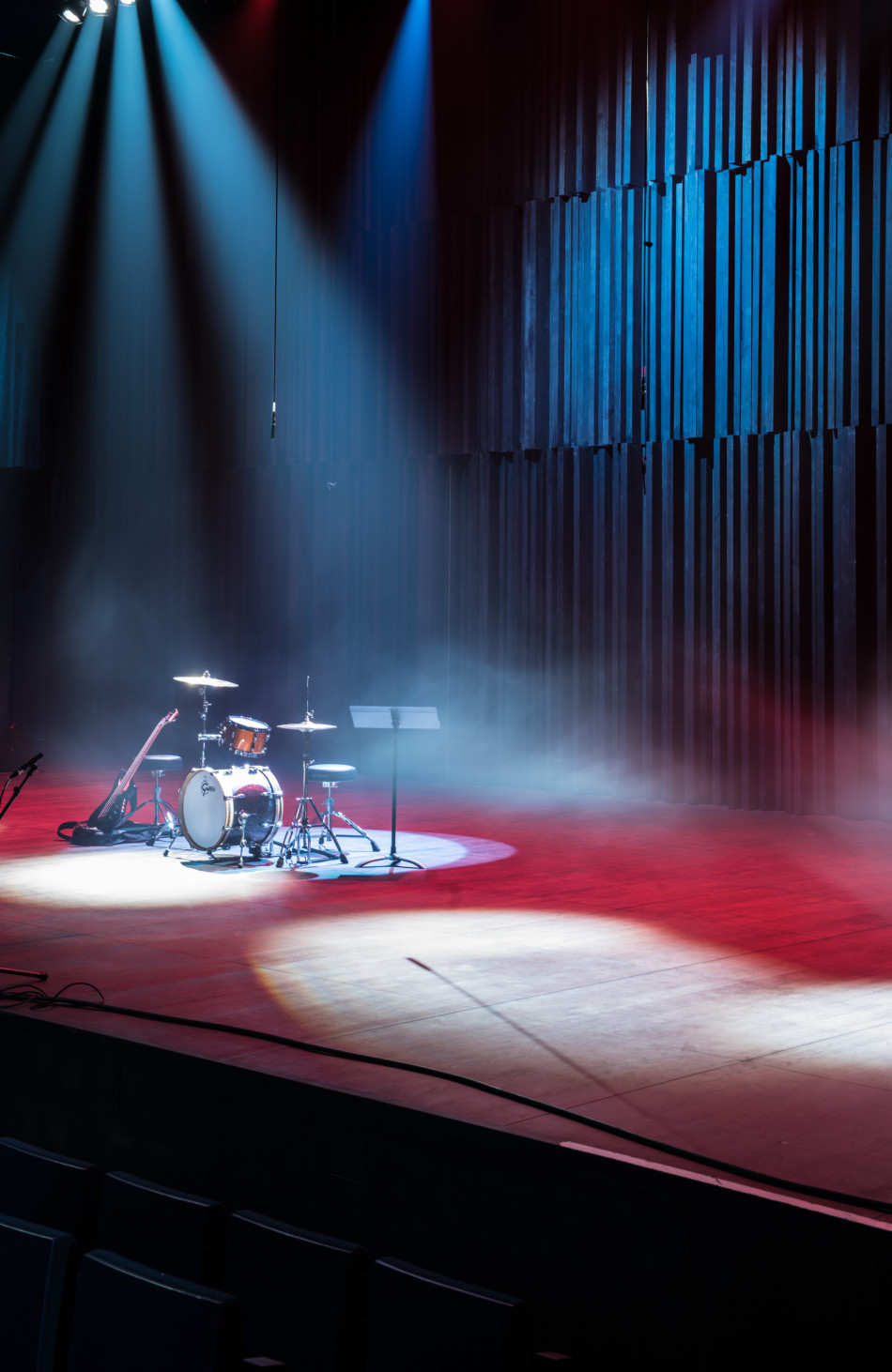